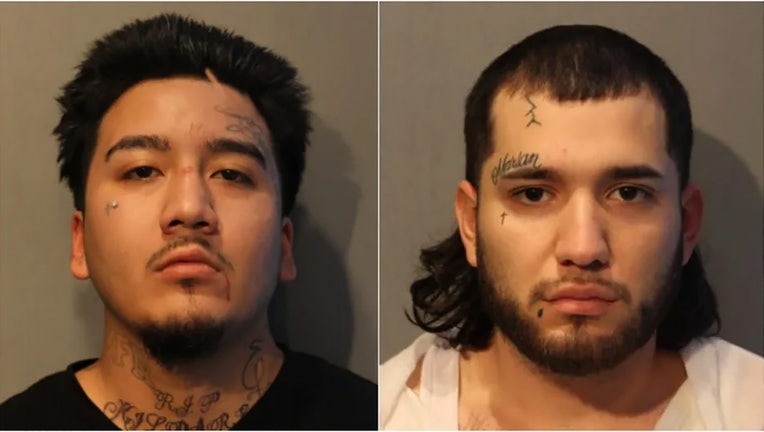 CHICAGO - Two men were charged with murder and other felonies Friday in the December attacks on 14 people in Chicago, including a man who was beaten to death with a crowbar and baseball bat in front of his 14-year-old daughter as he was hanging Christmas lights.

Pedro Mendiola, 21, of Chicago, and Moises Barrios, 23, of Cicero, were charged with first-degree murder in the death of Jose Tellez and more than two dozen counts of armed robbery, aggravated battery, and other charges.

It was a clear Saturday evening in December, and Jose Tellez and his young daughter were outside their home hanging Christmas lights.

A neighbor tending to her own decorations suddenly heard the girl scream. Rushing across the street, she saw Tellez on the grass, bleeding from his head, still holding lights in his hand.

Police said the violence began around 3:30 p.m. and continued until 8 p.m., as they drove from the North Side of the city to the South Side.

Police said the two pulled up, grabbed the bat and crowbar, and climbed out of the vehicle.

"They decided they were going to target him and rob him as well," said Chief of Detectives Brendan Deenihan. "And... the daughter heard the screams and saw out the window what was happening and tried to get her brother to help but by that time the defendants had already beaten him to death and fled the scene." 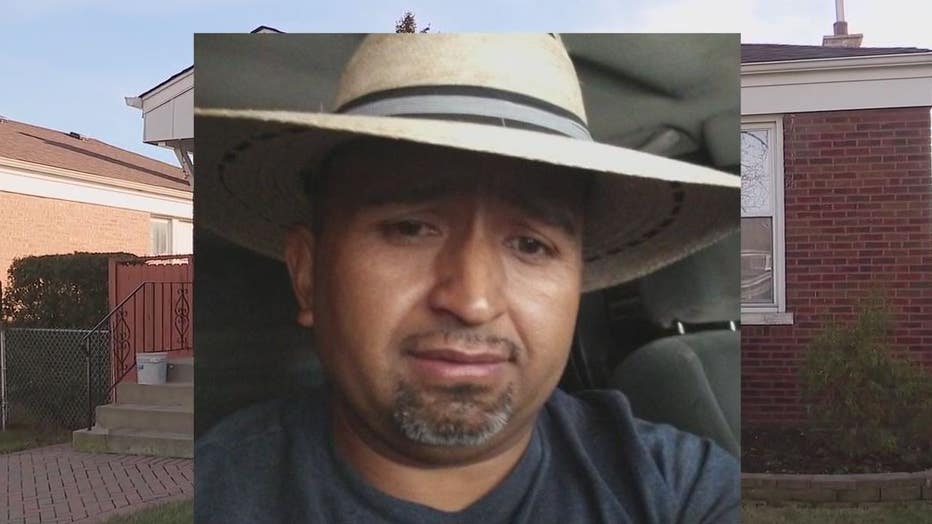 At a bond hearing later in the day, a prosecutor reading a proffer detailing the crime spree, said that Tellez's daughter, after hearing her father scream, saw one of the men beat her father in the head with the bat before the two ran away.

Blood evidence and fingerprints were part of a mountain of evidence that prosecutors say link the two to the crime spree and say that many of the victims' personal belongings, including phones, credit cards and other items were found in the car they had been driving.

Prosecutors in the proffer also said that Barrios admitted that he was the driver of the car but denied his involvement in the crimes. Mendiola admitted to detectives that he took part, contending that it was Barrios' idea that he went along with because he needed money for Christmas presents for his children.

Assistant Public Defender Julie Koehler did not dispute any of the allegations during the hearing and she did not immediately respond to a request for comment after the hearing.

During the hearing, Cook County Judge Maryam Ahmad, clearly sounding horrified after listening to the prosecutor detail how victim after victim, chosen completely at random, were attacked as they did things like walk down the street, deliver mail and put up Christmas lights.

"The court finds no condition could ensure, no condition other than no bail can ensure the safety of the public..." she said.