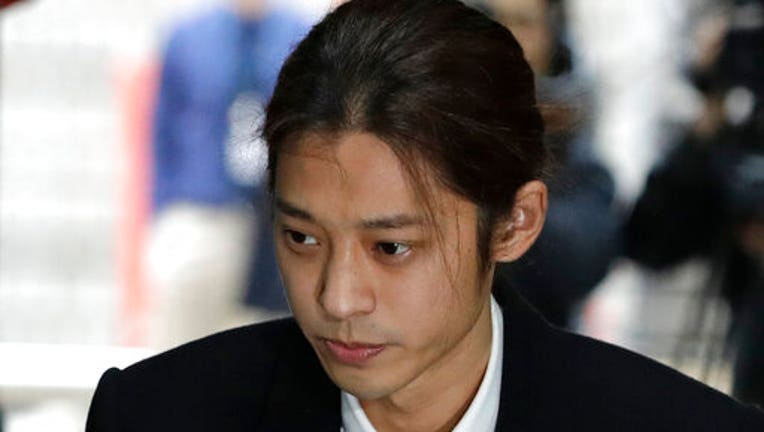 K-pop singer Jung Joon-young arrives to attend a hearing at the Seoul Central District Court in Seoul, South Korea, Thursday, March 21, 2019. A South Korean pop star has appeared at a court hearing to decide whether to arrest him over allegations tha

SEOUL, South Korea - A South Korean court on Friday found two K-pop stars guilty of illicit sexual relations with a woman who was unable to resist and sentenced them to up to six years in prison.

The court said in a statement that they were convicted of committing “special quasi-raping,” which it said means multiple people collaborating to have illicit sextual intercourse with a person who was unconscious or unable to resist.

Jung was additionally convicted of filming sex videos of women against their will and sharing them with friends in a group chat.

They have one week to appeal, according to the court.

South Korean pop songs, TV dramas and films are hugely popular in Asia and beyond, but the country’s entertainment world has in recent years suffered a series of sexual scandals that revealed its dark side.

Male stars have faced allegations of sexual assault and abuse and reports have been made that female entertainers and trainees have been forced to provide sexual services to men in power.

On Sunday, K-pop musician and actress Goo Hara was found dead at her home in Seoul. Before her death, she suffered cyberbullying after she was engaged in a public dispute with her former boyfriend, who she said threatened to disclose a sex video of her.

Last month, another K-pop star, Sulli, was discovered dead at her home. She had spoken against the online backlash she received over her lifestyle.