Police are searching for a gunman who shot two people in broad daylight on a Brooklyn street on November 11.

NEW YORK - A shocking video released by the NYPD shows a gunman shooting at several men in broad daylight on a Brooklyn street.

According to authorities, on November 11, four men were having a physical dispute on Fulton Street in Bedford-Stuyvesant, when an unknown suspect approached the group, pulled a gun, and began firing.

Two men were hit by bullets.  One was shot in the buttocks while another was hit in the left foot. Both were taken to hospitals where they were listed in stable condition. 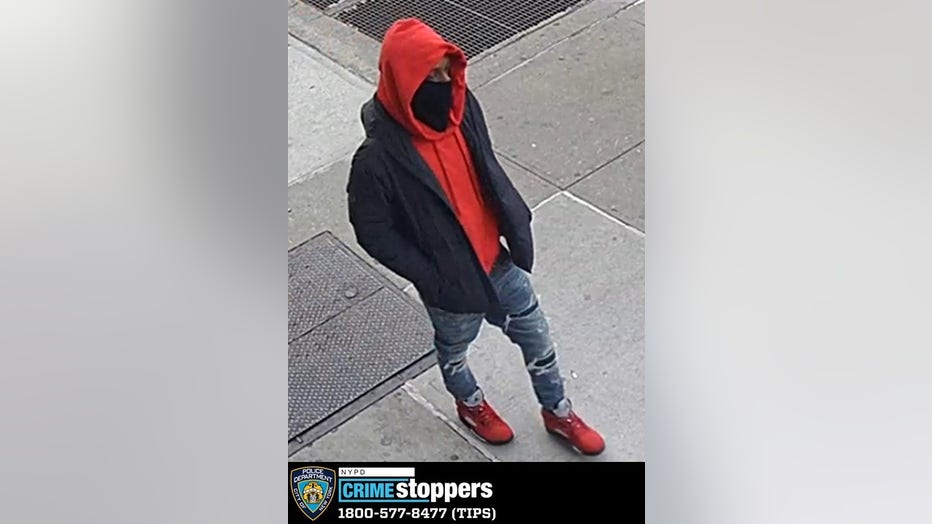 A surveillance photo of a suspect wanted in connection to a shooting in Brooklyn on November 11. (Credit: NYPD)

After the shooting, the suspect took off on foot heading east on Fulton Street.

The other individuals in the attached video are wanted for questioning in regard to this incident.