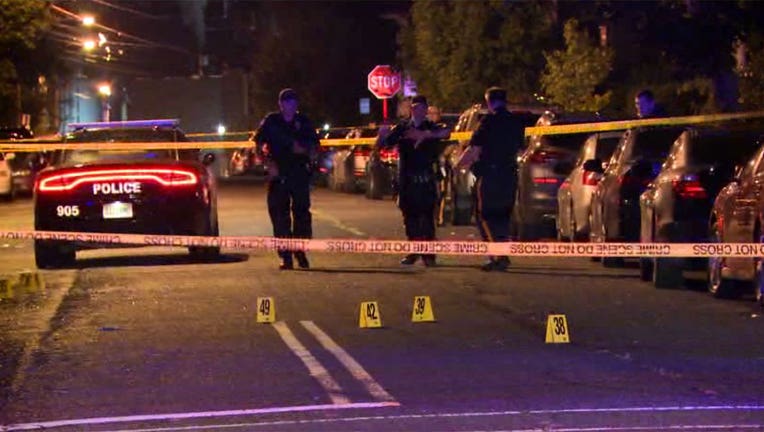 George Biedenkapp told NJ.com that he thought the first loud popping noises that woke him up in the middle of the night were from a rumbling car, but then heard more pops and then what sounded like firecrackers.

“Pop, pop, pop, pop,” Biedenkapp said. “And then five, ten, fifteen minutes at most, later I heard the police cruisers, my whole house was lit up with police lights.”

“I came outside, and then I saw the carnage,” Biedenkapp said. “Police cars, ambulances all over the place. ... I saw six stretchers with people on them, and one looked really bad, they were doing CPR on the way to the ambulance.”

WABC-TV reported that the gunfire occurred at an off-campus party when someone started shouting and then fired a number of shots. Police and prosecutors said the investigation so far indicates that “there is no affiliation with Rutgers University or its students,” but the area is known for student housing and accompanying parties.

“We usually hear a lot of noises, so we just went to bed and didn’t think anything of it,” said Jordyn Pagnozzi, a Rutgers sophomore who lives a few houses away. She said she and her roommate, Hana Mahood, heard at least 10 shots, calling them “loud and really close.”

Neither they nor their roommates, went outside, but the group sat on their front porch watching the investigation Sunday morning, NJ.com reported.

“It’s very scary, my mom is freaking out right now,” Mahood said. “It feels very surreal when you hear about it, but when it happens at your feet... .”

Police and prosecutors are investigating and ask anyone with nformation to call detectives.