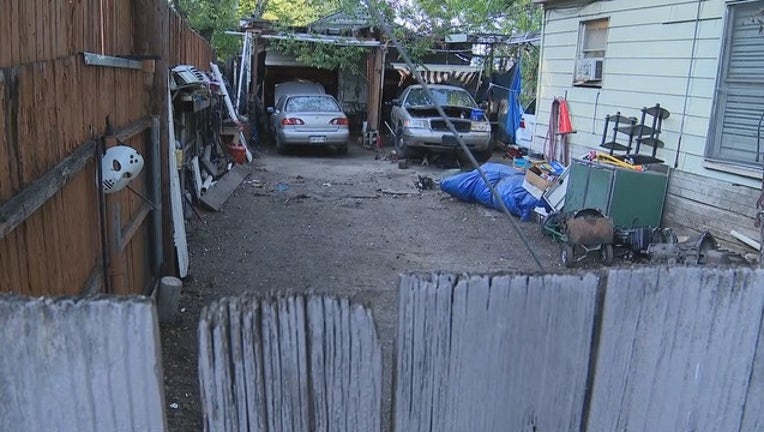 IRVING, Texas - The 16-year-old attacked by dogs in Irving early Saturday morning has passed away, and police say one of the dogs involved had to be euthanized after being shot by a police officer.

Investigators found that the dogs were “secure” in their own backyard during the attack, and the victim did not live at that home.

When officers were called to the home about a dog attack, they found three dogs attacking a person in the home’s backyard.

The officers jumped the fence and got into the backyard, and tried to stop the attack by putting themselves between the dogs and the person being attacked.

“The dogs were currently trying to attack the victim, and the officers put themselves in danger and jumped in between those dogs and the victim,” said Robert Reeves, with Irving PD.

The dogs then attacked the officers, according to police, and the officers fired their guns to protect themselves and the victim.

The 16-year-old victim was taken to a local hospital, where he later died of his injuries. Police say they don’t know what the boy was doing at the home.

One of the dogs was shot by officers, and had to be euthanized because of its injuries. The two other dogs were taken to the Irving Animal Shelter.

An officer was also injured by one of the dogs. He was treated and later released from the hospital.

The home and dogs belong to Guillermo Lorenzo, who was asleep at the time. He said he’d recently seen the boy and talked to him.

“He told me he’s homeless and I wanted to help him out, actually,” Lorenzo said.

Lorenzo will not face any charges because the dogs were in his yard.

Police are continuing their investigation into this attack. Anyone with information is asked to call police at 972-273-1010.