A 12-year-old North Carolina boy graduated from high school and college all in the same year. Oh, and that’s not all — he’s also running two start-up companies that he founded.

SALISBURY, N.C. - Mike Wimmer of Salisbury, North Carolina, is just like any other kid — except that he graduated from high school and acquired his associate's degree all in one year, and he's just 12 years old.

Mike will graduate as high school valedictorian with a 5.45 GPA and will also earn his associate’s degree with a 4.0 GPA in May, when he graduates from college.

Mike is a member of MENSA, which is a high IQ society, and is also a Davidson and Young Scholar, which is a foundation that recognizes, nurtures and supports "profoundly intelligent young people" and provides "opportunities for them to develop their talents to make a positive difference." 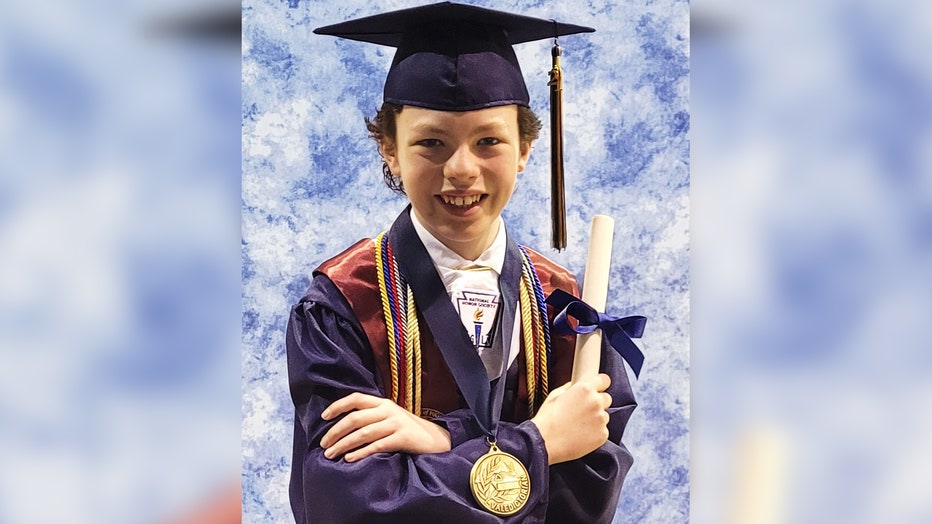 Mike Wimmer, 12, in his cap and gown. (Mark and Melissa Wimmer)

Mike was able to squeeze in his junior and high school years and two years to gain his associate’s degree into just one year. Not only that, but the 12-year-old is heading two startup companies aimed at helping make people’s lives easier through robotics and advanced technologies. 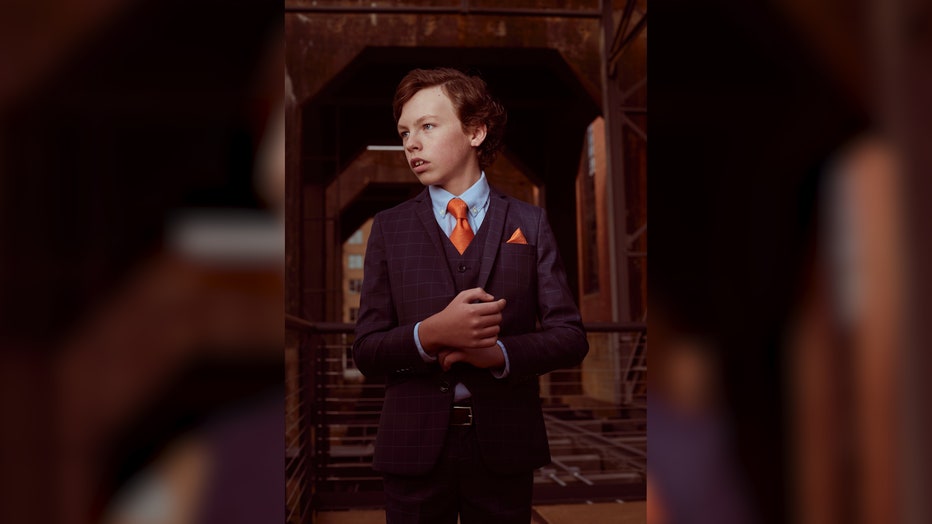 Mike during a photoshoot.

The reason behind why Mike decided to take on the scholarly feat was simple — because he could.

"With COVID, of course being locked in, I figured out, hey, might as well take some more classes, right? So I actually did four years of school in one (year)," Mike told FOX TV Stations. "I just did it at a much faster pace. I did my junior and senior year of high school along with my first two years of college for my associate’s degree at the same time. Using dual enrollment classes at both places also. It was kind of a, hey, if I take a few more classes I can get an associate’s degree. Why not?"

Mike’s parents found out their son was exceptionally gifted purely by accident.

Mike’s parents, Mark and Melissa, wanted to enroll their son in preschool since he was an only child. They hoped that his enrollment would help build up his social skills as well as expose him to other adults.

Before enrollment, however, the Wimmers were required to have Mike tested for any potential learning disabilities. 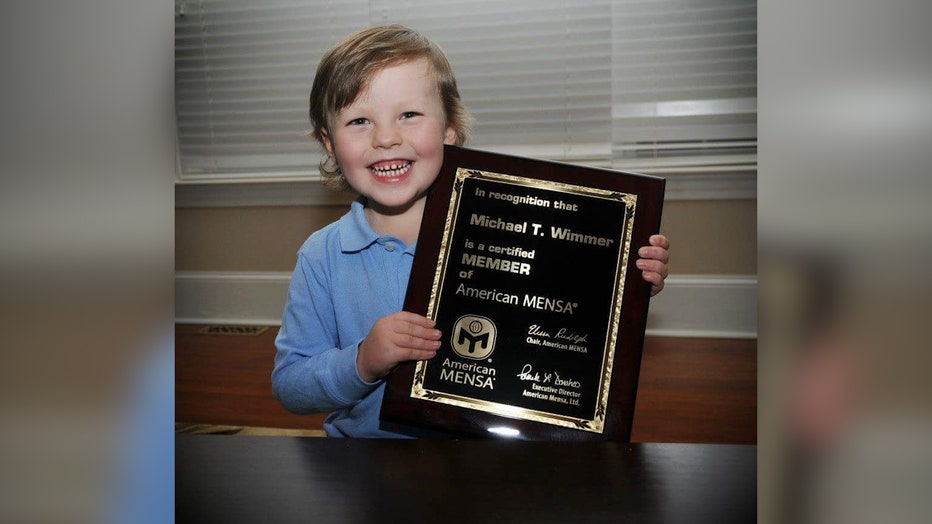 Mike getting into MENSA at 4 years old.

The day after his testing, Mark and Melissa got a phone call from the doctor who performed the testing and got some shocking news.

"She said, ‘I do have an IQ number here for you. It is not correct. He exceeded everything that I had at the time, I wasn’t prepared for what I got. I called you in because I just wanted you guys to know that this is going to be flourished. This is not going to be a standard road for him,’" Melissa said.

Mike was inducted as a member of MENSA at age 4 and from there, he continued to excel academically and socially. Often, people believe children who tend to outpace their peers academically and move up a grade or two or even five have issues coping socially, but that’s not the case for Mike.

According to Mike, he’s just a regular kid who loves playing with his Hot Wheels and video games and just happens to love learning. 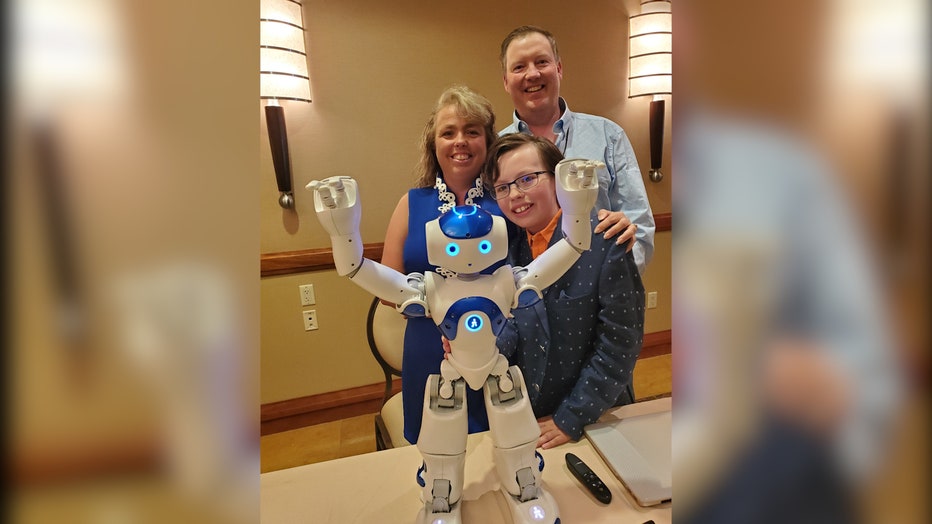 Mike, his mom and dad, Melissa and Mark, posing with his NAO Robot.

Not once has he felt pressured and not once did he struggle with his classes."I like learning. I really liked the pace that I was going at and was being challenged and I never felt overwhelmed," Mike said.

"My parents did not push me in any way, shape or form, academically, at all. And they didn’t push me like, ‘Hey, you’re going to do good in school and you’re going to be a doctor or a lawyer or whatever.’ They really let me flourish and find my own pace and my own path. Supported on whatever I wanted," Mike continued.

His parents, while they’re proud of their son’s accomplishments, said they are even happier with how well-rounded their son has turned out.

"We’re more proud of the person he has become," Melissa said. "The giving, caring, wanting to help others. And very humble about everything. He’s just an all-around good kid." 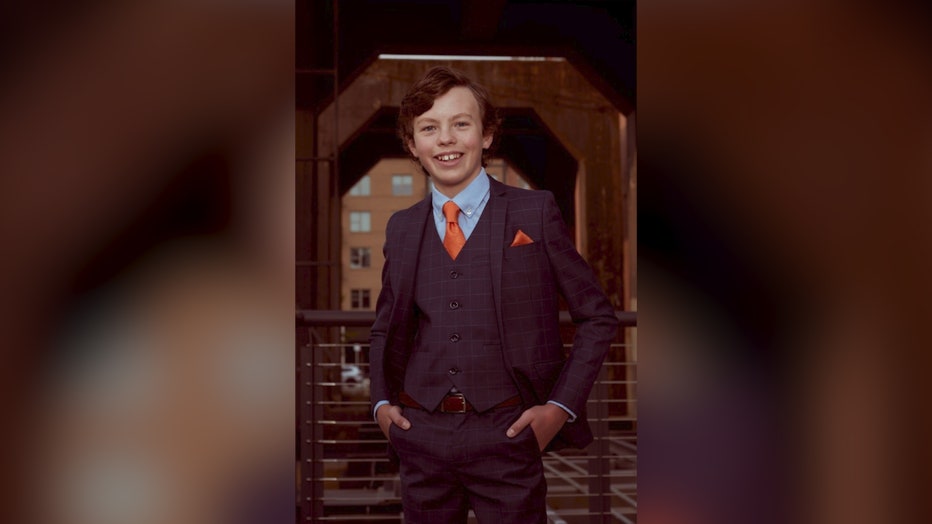 Mike during a photoshoot.

RELATED: Asian American students have the highest rates of remote learning more than a year after outbreak

"I’ve applied to many different colleges and that’s an option. I’ve applied for a Thiel fellowship where instead of going to school, I get $100,000 for two years to grow my start-up company instead. So that’s an option. I’ve had many job offers in and out of the country, some even with equity stakes. So do I transfer, do I not transfer, what do I do? There’s a lot of options on the table for sure," Mike said.

Mike has great interest in robotics and programming and wants to some day create a line of products that will help make people’s lives easier. 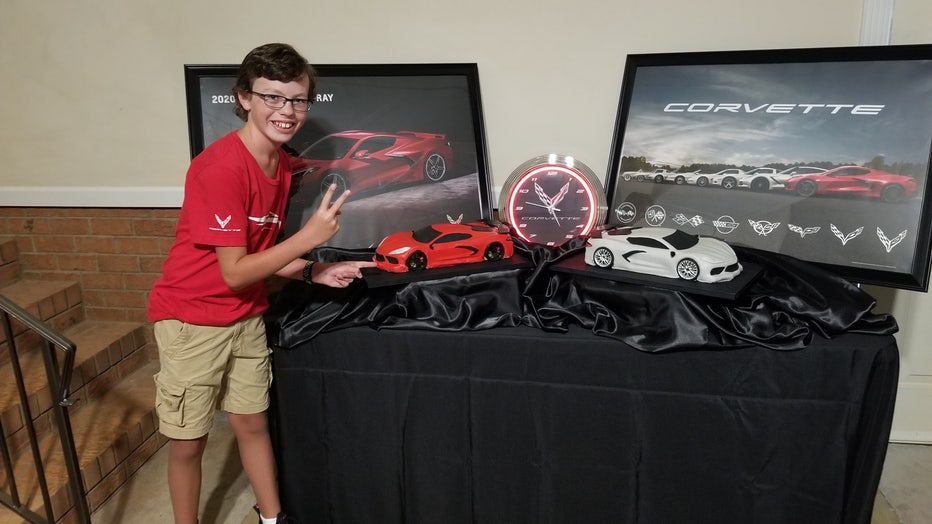 "I actually have a startup now. Reflect Social is my current startup. I had Next Era Innovations first. I sold robotic applications around the world for NAO Robot and I also developed microphones for the NAO Robot because you really couldn’t hear him very well if I took him into, let’s say a classroom or a meeting or whatever," Mike said.

"So what I did was, I 3D printed mounts and figured how to solder things together and was able to sell those and make the NAO Robot there (gesturing to his robot). I also do work for the United States Special Operations Command through Next Era Innovations. So that’s six contracts with them, that’s Next Era in a nutshell," Mike said.

The United States Special Operations Command (USSOCOM), "develops and employs fully capable Special Operations Forces to conduct global special operations and activities as part of the Joint Force to support persistent, networked and distributed Combatant Command operations and campaigns against state and non-state actors to protect and advance U.S. policies and objectives," according to the agency’s website. 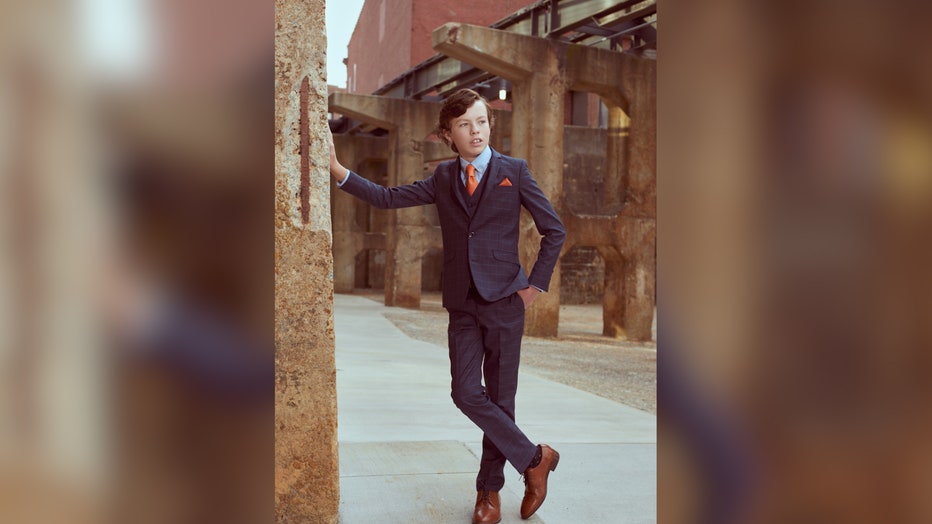 Mike posing in a photoshoot.

"I can put it all into one simultaneous app that’s easier to use and super simple, say my grandmother can use. That’s the kind of thing I want to do but also bring in a fun and social factor for the younger generation," Mike explained.

As he continues to navigate his journey into business ownership and technological advances, Mike’s end goal is to simply help people.

"Five to 10 years from now, my goal in general is build technology that enables people to live better lives. So I hope that Reflect is my PayPal, comparing to Elon Musk, and then I can make my Tesla or SpaceX later. Again, I just want to help people whether it’s with simplification like with Reflect, or let’s say a door lock that I made or whatever that is, I just want to help people in some way," he said.

Outside of his blossoming companies and his academics, Mike is like any other child. He loves going to Disney World, watching races and going on cruises with his family. 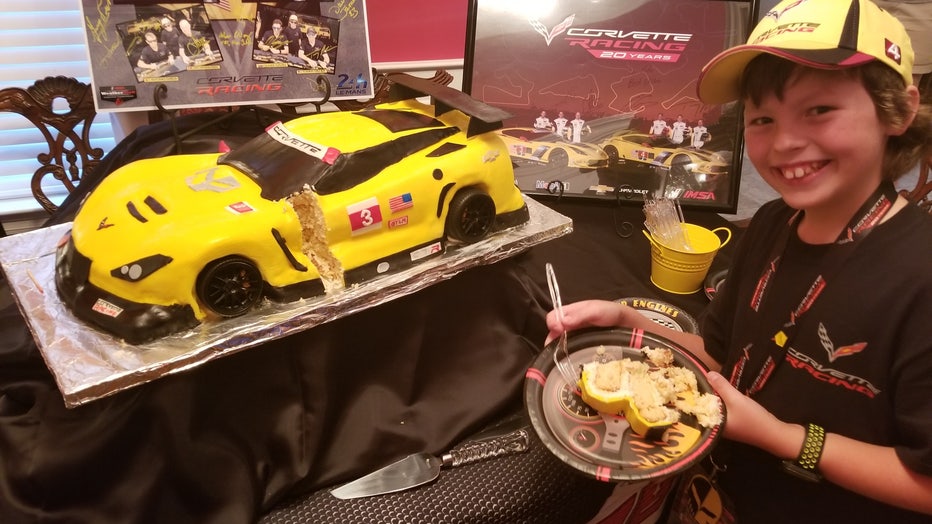 Mike posing with a car cake.

His summer is going to be filled with lots of family time spent next to the pool and relaxing after a packed school year.

"I will say, during the summer, you will find us in the back yard in our swimming pool," Melissa said as Mike nodded in agreement. "The entire summer. Dad will be at work and we’re sending selfies."