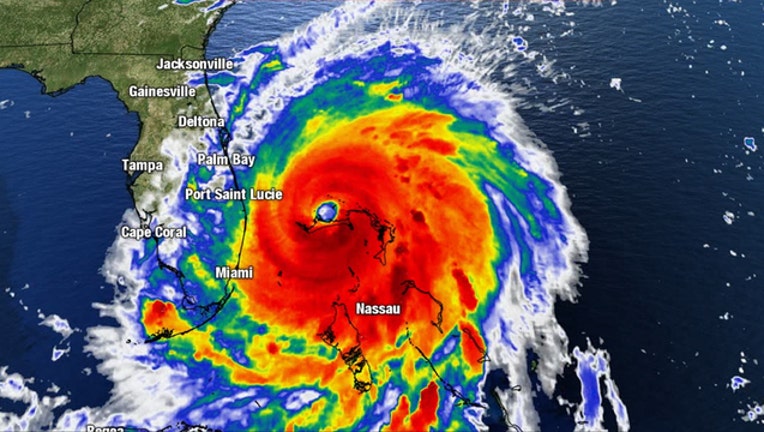 Hurricane Dorian blazed a trail of destruction from the Bahamas to the Maritimes, but it didn't just cause turmoil on land, according to a team at Memorial University who say they recorded a 100-foot wave off the southwestern coast of Newfoundland in the wake of the post-tropical storm.

Bill Carter, director of the Marine Institute's Centre for Applied Ocean Technology, said the more than 30-metre wave was detected at around 2 a.m. Sunday by an oceanographic buoy about 2.5 kilometres off the coast of Port aux Basques at the tail end of what was then a post-tropical storm.

"We had three or four maximum wave heights in the area of 25 metres, and a single wave height of 30.2 metres," he said in a phone interview.

Carter said the coast of Newfoundland is "a pretty inspiring spot" when it comes to big storms and seas, but this wave is the biggest the team has recorded since it started monitoring in 2006.

"Storms aren't uncommon off the Port aux Basques regions, but this was just huge," he said.

While he's not an oceanographer, Carter said he believes some combination of low pressure, wind, proximity to shore and the tides combined to create what he calls "perfect conditions" for a large wave.

Since he isn't an ocean expert, he said he couldn't be positive such a wave is possible under the conditions, but he is confident the technology did not malfunction.

"All I can say is our equipment was working properly before the storm, in my view it continued to work properly throughout the storm and works properly today," he said.

The data was recorded from one of the centre's network of buoys, which are equipped with sensors that monitor the height from the base of the wave to its apex. Because it can't measure every wave, he said it's possible that even larger ones have been missed.

Carter said the monster wave likely slammed into the cliffs near shore, but he hasn't seen a report of it causing any damage.

Dorian caused widespread damage across Atlantic Canada over the weekend as it lashed the region with rain and hurricane-force wind gusts that approached 150 kilometres per hour at times.

Carter said the event is an "eye-opener," and a reminder that scientists need to be vigilant amid a changing global climate.

"We probably need to pay even closer attention to the potential of storms," he said. "Maybe we're starting to see additional punch as they make their way along our coast."