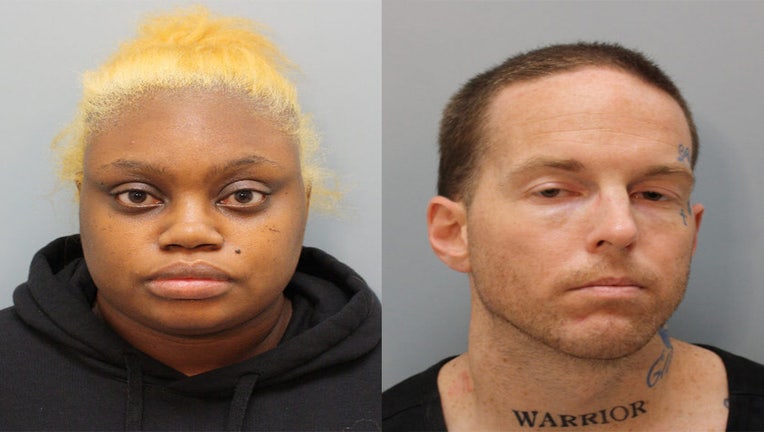 HOUSTON - Bond was set at $1 million on Wednesday for a man charged with murder in the death of an 8-year-old boy whose remains were found in a Harris County apartment.

Authorities say Brian W. Coulter, 31, is the boyfriend of the child’s mother Gloria Williams. He was taken into custody and charged on Tuesday.

Both Coulter and Williams appeared in probable cause court on Wednesday.

Mother, her boyfriend taken to jail after being arrested on charges after 9-year-old's death was ruled homicide

FOX 26 Reporter Randy Wallace has the latest on the investigation and the charges the two face.

According to the medical examiner, the 8-year-old's death has been ruled a homicide by multiple blunt force injuries.

The child’s skeletal remains were discovered Sunday at an apartment in the 3500 block of Green Crest near Westpark Tollway.

Authorities say three other boys, ages 7, 10, and 15, were found abandoned at the apartment.

According to the sheriff’s office, the 15-year-old boy called authorities around 3:15 p.m. Sunday and said that his 9-year-old brother had been dead for a year and his body was in the room next to his. The 15-year-old said that his parents had not lived in the apartment with him and his two siblings for several months, HCSO says.

According to Sheriff Gonzalez, it is believed that the boy was eight years old at the time of his death in 2020.

RELATED: 'These kids fell through the cracks,' says non-profit Children at Risk

During a news conference on Sunday, Sheriff Ed Gonzalez was unable to disclose exactly how long the children were left behind, but based on the deplorable conditions inside the apartment were there for "an extended period of time." It did appear the children had food available, but currently, it's unclear how they were surviving.

The three children were transported to the hospital to be assessed and treated. Authorities say the two younger children appeared malnourished and showed signs of physical injury.