RENTON, Wash. - One person is dead, and six others were injured after a shooting broke out outside of Musicians Hall in Renton early Saturday morning.

According to the Renton Police Department (RPD), just before 1:00 a.m. officers were called to the 100 block of Logan Ave. S for reports of multiple shots fired. When authorities arrived, multiple victims were found and treated on site. One person was confirmed dead.

TJ Jennings witnessed a horrific scene outside the venue.

"Just lots of gunfire, gunshots and a lot of people screaming, running," he said.

He’d been working with the sound crews for a concert inside when gunshots started flying in the parking lot behind the building.

"Seen a guy inside. He got shot in his arm and he was kind of bleeding out and everybody was down to the ground. He told them, 'stay down, stay down'," Jennings told FOX 13 News.

Authorities say the person who died was a 32-year-old man from Tacoma. Officers say they had to move him away from a large agitated crowd in order to treat him, but he ended up dying from his gunshot wounds. The six others who were injured are recovering in area hospitals. 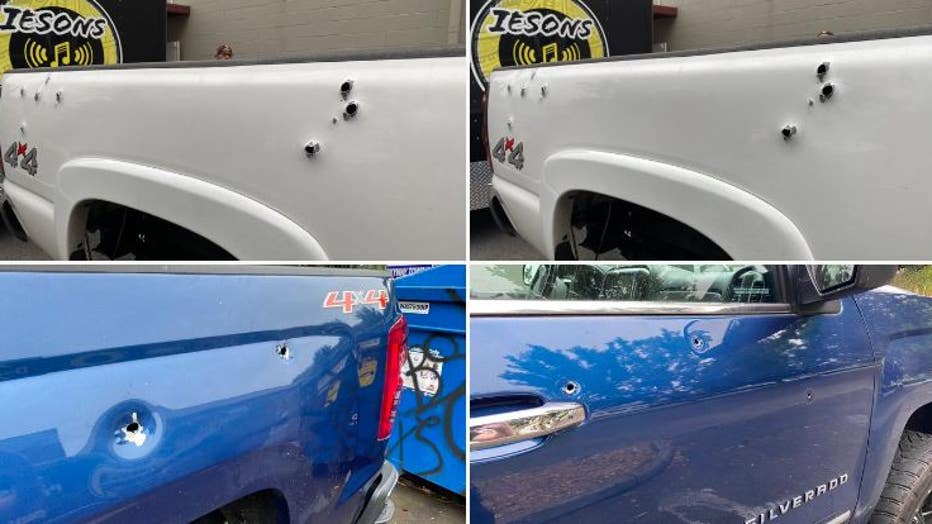 Jennings said 500-600 people were inside enjoying the concert when they all heard gunshots outside.

The aftermath was clear as there were many bullet holes in at least two trucks in the parking lot.

Investigators say the situation started as an argument that lead to gunfire outside of a large gathering of people. Authorities say it is possible there are multiple suspects involved, adding that the scattered bullet holes on the scene implicate there was an exchange of gunfire. No arrests have been made.

One man, afraid to be identified, saw the tragic scene.

"I just seen one guy laying there, one guy laying there and we were running, I was trying to get the girls, my niece back into her car and I just turned around and I said, 'Oh I can't do this. I've got to run back inside,' because the shots were just, I don't even know who they were aiming it at," he said.

FOX 13 Seattle's Dan Griffin, reporting on scene, says there was a Polynesian concert happening inside Musicians Hall while the gunfire was happening outside.

"It's going to kind of change our environment that we're going to start doing gigs for. So we're just going to do safe environments that are family-oriented," Jennings said.

Due to the size of the crowd, multiple law enforcement agencies were called to assist.

The RPD says an active investigation is ongoing. Anyone with information about this incident contact Detective Scott Barfield at 425-430-7534 and reference case 22-7518.

This is not an active shooter situation.

1 dead, 6 others injured in Renton shooting

1 person is dead, and 6 others were injured in a shooting in Renton Friday night.