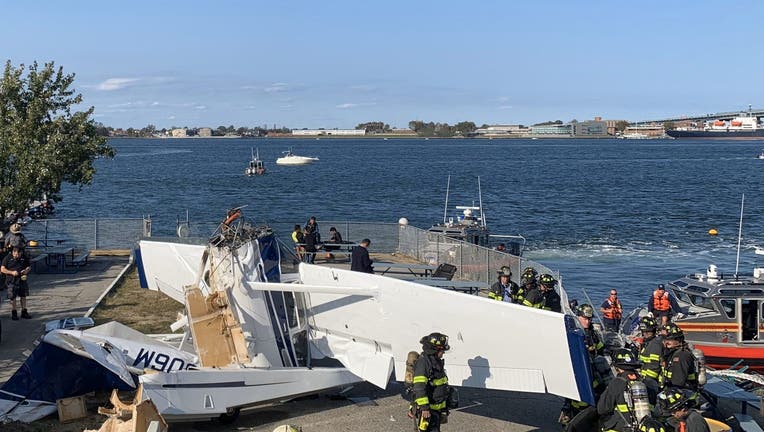 A small plane crashed into a pier in Queens on Sunday afternoon. Credit: @FDNY via Twitter

NEW YORK - A single-engine seaplane skipped twice on the water of Long Island Sound while landing and crashed on top of a concrete pier in Queens, killing a passenger and sending the pilot and another passenger to the hospital with serious injuries, New York City Fire Commissioner Daniel Nigro said Sunday.

The plane broke in pieces after crashing on a pier at Riverside Drive and 158th Street around 3 p.m. Sunday, Nigro said at a news conference. Witnesses said the plane was traveling fast when it skipped on the water and hit the pier, Nigro said. “Why it happened, we have no idea,” he said.

The pilot is a local resident who flies often from a hangar on the water behind his home, Nigro said. Identities of the three people on the plane were not released pending notification of relatives.

The Federal Aviation Administration said the plane is a single-engine Cessna 182. It said the FAA will release aircraft registration information after investigators confirm it at the scene. The National Transportation Safety Board said it is investigating but will not travel to the crash site. 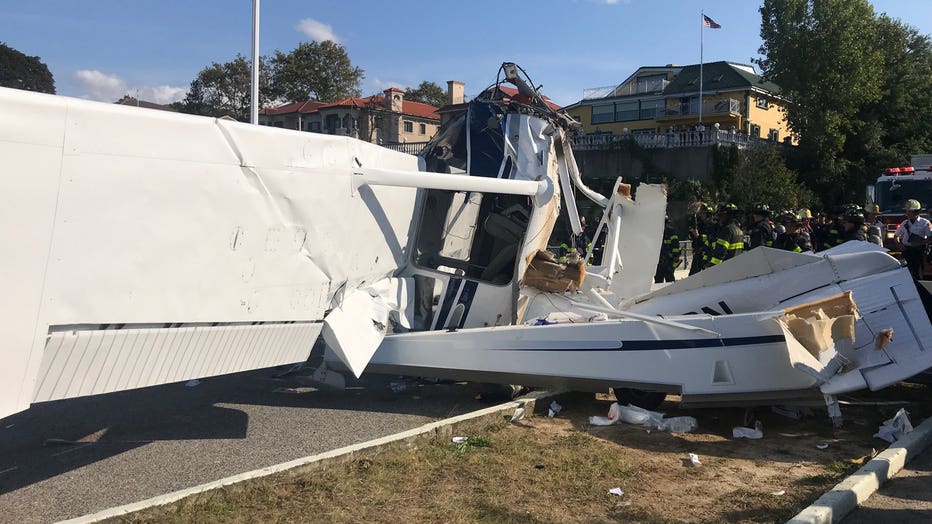 Three passengers were seriously injured after a small plane crashed into a pier in Queens. Credit: @FDNY via Twitter