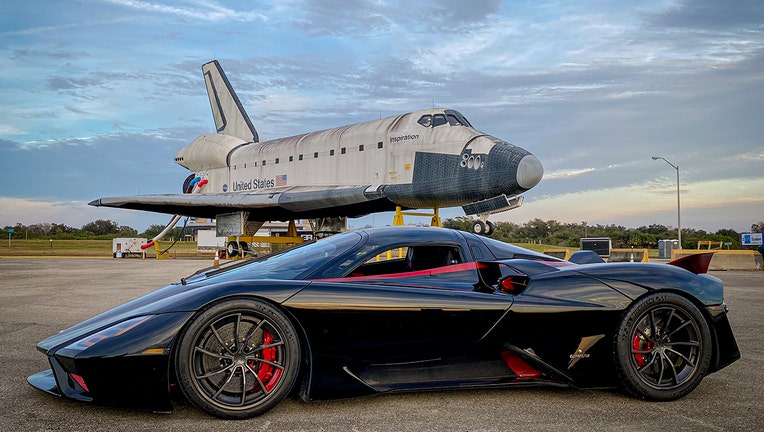 NEW YORK - The world's fastest car has hit a bump in the road on its race to reach 300 mph.

The $1.9 million SSC Tuatara claimed the production car speed record in January with a 282.9 mph average of two runs in opposite directions on the Space Shuttle landing strip in Florida.

The mark was set following a record attempt in October that initially looked like it achieved an average of 316.11 mph on a closed public highway in Nevada, but was contested when the calibration of the timing equipment used could not be confirmed.

Washington state-based SSC is confident the 1,750 hp coupe can break the 300 mph barrier and was planning another attempt when disaster struck.

According to The Drive, the same car used in both record runs was being shipped back to Florida for another run when high winds tipped over the truck carrying it on a Utah highway near Salt Lake City, Utah, on April 13.

Photos show that the car sustained significant body and glass damage, but SSC owner Jerrod Shelby told The Drive that it was mostly cosmetic and that the vehicle, which features a carbon-fiber tub, is currently undergoing repairs and will be used for another attempt at an undetermined date.

To date, the Bugatti Chiron is the only production car that has confidently been driven above 300 mph after hitting 304.77 mph on a Volkswagen test track in Germany. However, Bugatti only ran the Chiron in one direction, which doesn't account for wind, elevation and other environmental factors.

Bugatti said it has no intention of doing a two-way run with the vehicle. 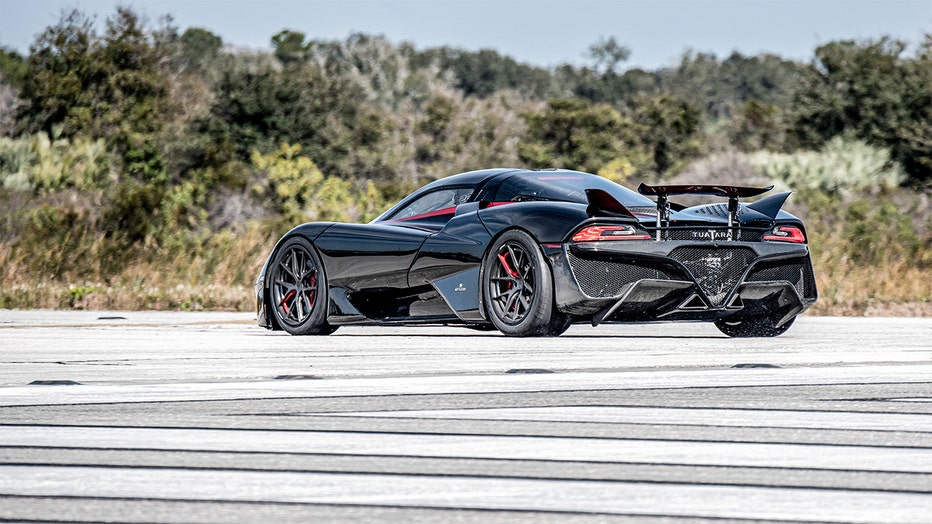