The ninth-largest jackpot in Mega Millions history was won in Friday night’s drawing.

A ticket sold in Pennslyvania matched numbers on all five white balls and the gold Mega Ball to win an estimated $515 million jackpot. The winning numbers were 6, 9, 17, 18, 48, and the Mega Ball number was 8.

According to Mega Millions, it’s the third time its jackpot has been won in the Keystone State. A Pittsburgh man won $149 million in May 2014. And a Virginia truck driver won a $153 million jackpot with a ticket he bought while on his route in Pennsylvania.

The jackpot winner will have to choose between a cash or an annuity.

The cash option gives the winner a one-time lump sum payment equal to the value of the cash pool — which is estimated to be $346.3 million.

An annuity pays the winner the entire jackpot over the course of 30 years. Each payment will be 5% larger than the previous to account for inflation.

Whichever route they choose, Uncle Sam will collect his taxes. 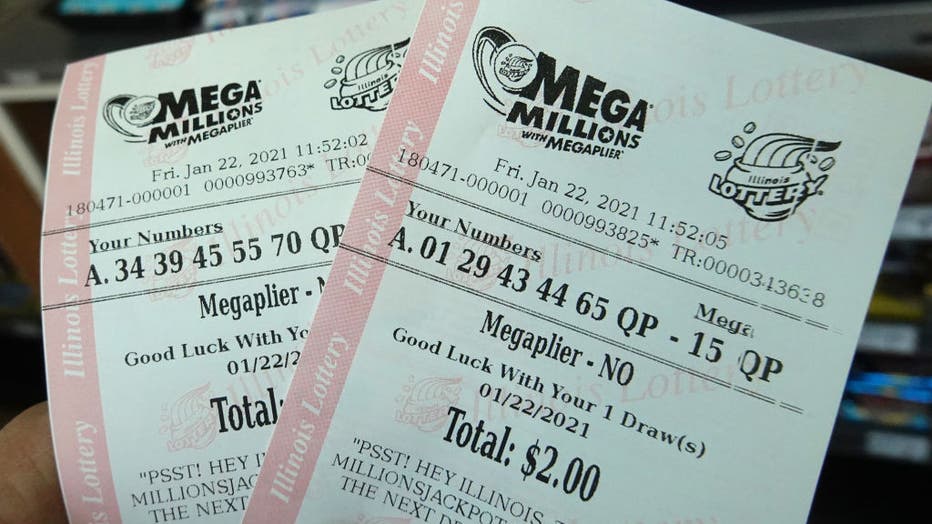 Mega Millions lottery tickets are sold at a 7-Eleven store in the Loop on Jan. 22, 2021, in Chicago, Illinois. The jackpot in the drawing has climbed to $970 million, the third-highest in the game's history. (Photo Illustration by Scott Olson/Getty I

But even if you didn’t win the grand prize, you could have one of the 1.7 million tickets that won smaller prizes by matching fewer numbers Friday.

Since a jackpot has been won, the prize pool has reset at $20 million. Mega Millions draws numbers every Tuesday and Friday at 11 p.m. ET.

The prize will grow until another player wins the jackpot.