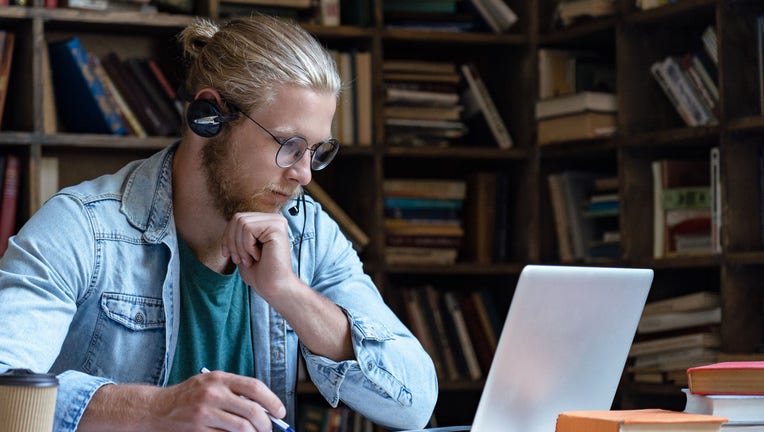 The White House recently released a memo about canceling debt for federal student borrowers, but the text was heavily redacted. Here's what one expert thinks that means. (iStock)

The Biden administration recently released to the public a long-awaited memo regarding the president's authority to cancel federal student loan debt.

Progressive Democrats initially called on the administration to release the memo, hoping that it would act as proof that the president has the power to enact student loan forgiveness legislation. However, the memo was heavily redacted, which has led to speculation about its content.

Although the public still does not know what was said in the memo, one expert says its existence is a good sign that President Joe Biden is discussing student loan forgiveness with Education Department officials. Besides, the expert notes that the memo may not even outline whether the president can use executive action to cancel student debt, but rather if he should.

Keep reading to learn more about the possibility of student loan forgiveness, just months before federal loan payments are set to resume. If you're struggling to manage your student debt, consider refinancing to better terms like a lower interest rate on Credible.

The fact that the Biden administration is still discussing the idea of widespread student loan forgiveness is "heartening" news for borrowers hoping to get some sort of debt relief, according to student loan law expert Dalié Jiménez. She's a professor at the University of California, Irvine School of Law and director of the school's Student Loan Law Initiative.

Although the memo doesn't clarify the president's authority to cancel federal student debt, Jiménez believes that Biden has that power.

"I've always thought they had the authority [to cancel student loan debt], so I can't imagine that the memo says otherwise…" Jiménez said. "I think there is a legal argument that he could just wipe out the whole thing — like literally zero for everyone."

Instead of providing a much-anticipated answer on the president's ability to forgive debt, Jiménez believes that the memo is more likely a political analysis of how Biden should enact student loan forgiveness legislation. Aside from his legal authority to enact federal student loan forgiveness, the president has to use his "discretionary authority," Jiménez said — in other words, not whether he can cancel debt, but whether he should.

Borrowers will likely have to wait a bit longer to get a final answer on widespread student loan forgiveness. In the meantime, consider alternative options like refinancing to a private student loan. You can compare offers for free on Credible's online loan marketplace.

How to prepare for student loan payments to resume

A key takeaway from this memo is that government agencies are still discussing student loan forgiveness measures, although that's not the first time they've said so. Recently, Education Secretary Miguel Cardona said the Education Department and the Justice Department were still in talks about "broad" loan cancellation.

Without a clear idea of whether President Biden will cancel student loan debt, it may be worthwhile to revisit your student loan repayment strategy before federal student loan payments resume in February 2022. Here are a few ways to prepare:

BIDEN ADMINISTRATION HAS CANCELED $1.5B IN STUDENT LOANS VIA BORROWER DEFENSE DISCHARGE

Keep in mind that refinancing your federal student loans into a private loan would make you ineligible for certain borrower protections like income-driven repayment plans (IDR), as well as any future student loan forgiveness measures.

Browse current student loan rates on Credible or in the table below, and use a student loan refinance calculator to see if this option can help you manage your loans once forbearance ends.