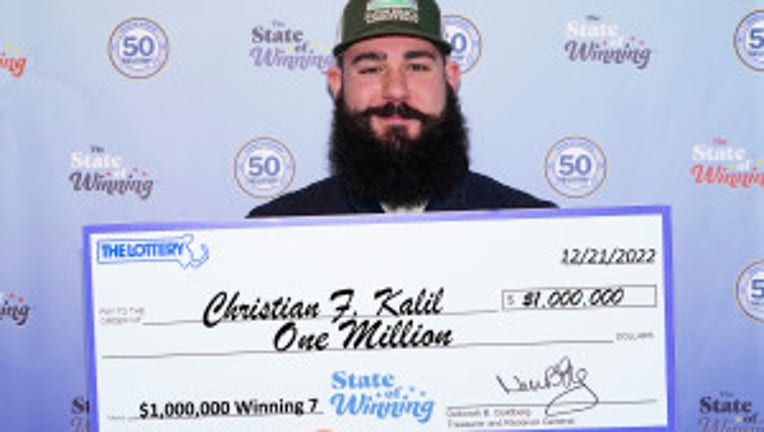 BOSTON - A simple gesture from a husband to his wife yielded a $1 million lottery prize.

Lottery officials said Kalil was on his way to a men's league hockey game when she stopped to get gas so that his wife wouldn't have to the following morning.

While at the gas station he bought a bottle of water and the lottery ticket.

"He chose the ticket because it was in dispenser number five and his son was born in the month of May," lottery officials said on its website.

The store will receive a $10,000 bonus for selling the ticket.

Lottery officials said the husband chose the annuity option and will receive 20 annual payments of $50,000 before taxes.