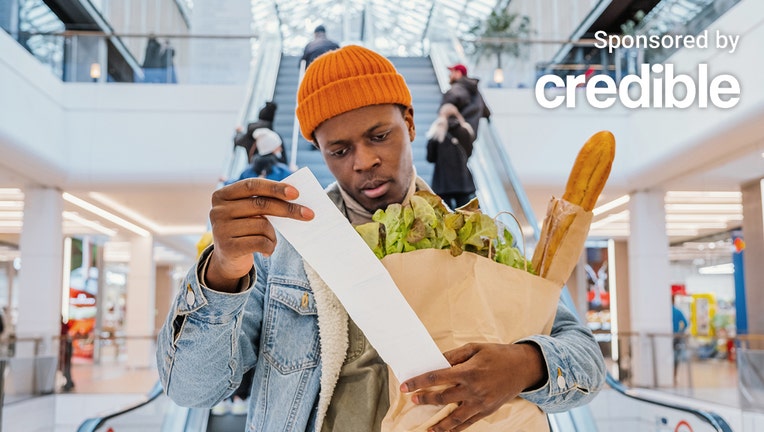 Inflation surged to a new 40-year high in January. This comes as the Federal Reserve is expected to raise interest rates next month to combat inflation levels. (iStock)

Inflation surged 7.5% annually in January, surpassing the previous 40-year high set in December and marking the highest annual inflation rate since February 1982, when it was 7.6%.

The Consumer Price Index (CPI) — which measures indexes such as food, electricity and shelter — rose 0.6% in January from the month before, according to the latest report from the Bureau of Labor Statistics (BLS). Food and energy prices each rose 0.9% in January, which was partially offset by decreases to gasoline prices and natural gas prices.

While overall inflation worsened since December, prices on new vehicles remained steady and used car prices saw lower rates of increase, possibly indicating an improving supply chain and other shortages, according to Kebede.

If you are struggling with high-interest debt, you could consider consolidating with a personal loan to help you keep more money in your pocket for other expenses. Visit Credible to find your personalized interest rate without affecting your credit score.

RAND PAUL SAYS INFLATION IS ‘ONLY GOING TO GET WORSE’

Manchin calls on policymakers to act against rising inflation

Amid the latest CPI data, Sen. Joe Manchin, D-W.V., expressed concern about the effect inflation is having on families.

"For months, I have been ringing the alarm bell about inflation," Manchin said in a statement. "Once again, we are witnessing that the threat of inflation is real. There is not a corner of this nation where hard-working families are able to escape the noticeable impact of this ‘inflation tax’. Inflation taxes are draining the hard-earned wages of every American, and it’s causing real and severe economic pain that can no longer be ignored.

He then called on Congress and the Federal Reserve to take action against rising inflation levels through monetary policy changes and by carefully reviewing bills that are being considered.

"It’s beyond time for the Federal Reserve to tackle this issue head on, and Congress and the administration must proceed with caution before adding more fuel to an economy already on fire," he continued. "As inflation and our $30 trillion in national debt continue a historic climb, only in Washington, D.C. do people seem to think that spending trillions more of taxpayers’ money will cure our problems, let alone inflation."

If you are looking to lower your monthly expenses amid rising prices, you could consider taking out a personal loan to consolidate your debt payments and save on interest. Visit Credible to compare multiple lenders at once and choose the one with the best interest rate for you.

As high inflation continues, the Federal Reserve is expected to raise rates for the first time this year in March as it ends its fiscal stimulus of the economy.

"A strong labor market is an indication of increased economic activity and consumer demand," Kebede said. "It is becoming clearer that there is no reason to keep interest rates close to zero when inflation is record high. The Federal Reserve is expected to increase the benchmark rate by at least 25 basis points next month."

If you want to take advantage of interest rates before the central bank starts its rate hikes this year, you could consider taking out a personal loan to help you pay off debt. Contact Credible to speak to a loan expert and get all of your questions answered.