What's next for NY Democrats

NEW YORK - Gov. Kathy Hochul won the governor's race with a margin of 6 percentage points against her Republican opponent Rep. Lee Zeldin. But Zeldin received the most votes out of any other Republican candidate for governor in New York since Nelson Rockefeller 52 years ago, with more than 2.6 million votes. He even outperformed George Pataki, who unseated Mario Cuomo in 1994.

"It's certainly very disappointing when we lose some of these seats," New York State Democratic Party Chairman Jay Jacobs explained.

Jacobs said Democrats were facing tough odds this year, despite having an enrollment advantage. He said redistricting and outside spending played a large role in some of these Democratic losses.

"It wasn't that Democrats didn't come out," Jacobs said. "I'm not sure that all the Democrats voted for our candidates and that concerns me. But I would say to you that redistricting was a big challenge for us."

Mayor Eric Adams on Thursday said he believes parts of New York's cashless bail laws are to blame for why some Democratic candidates lost their races.

"We have to get it right for the small number of individuals who are repeat offenders," Adams said. "I don't see how the elected officials were not listening to the public."

Adams has been pushing for changes to the state's bail laws since the beginning of the year. He wants to give judges the discretion to set bail if they believe someone is "dangerous," saying it would allow judges to crack down on repeat offenders. 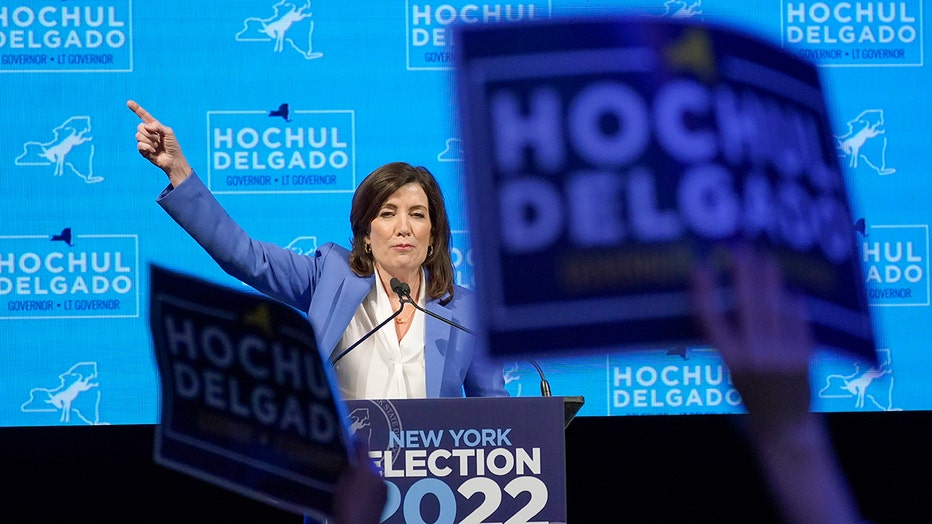 But state lawmakers have pushed back on this "dangerousness standard," saying it would disproportionately impact people of color and point to state data that shows no clear link between the rise in crime and bail reform.

Lawmakers also already amended the state's bail laws earlier this year so that repeat offenders who cause harm to another person or property can face cash bail in most cases. But Adams wants to see that list expanded to include all grand larceny, burglary and robbery charges.

"You can't talk over people, you have to talk to people," Adams said. "New Yorkers were saying crime is important."

On the other hand, Jacobs said bail reform has become an easy scapegoat when talking about crime and has been weaponized by Republicans.

"There are real crimes being committed. Overwhelmingly, with the fewest of exceptions, it has absolutely nothing to do with bail reform," Jacobs said. "Can we train judges better, train our DAs better? Yes, I think that they need certain training on the law. But that law is not what created the crime problem."

The race was closer than expected, but Kathy Hochul prevailed. What this means for partly politics in New York.

Some lawmakers within the Democratic Party are blaming Jacobs for the losses seen around the state. Rep. Alexandria Ocasio-Cortez has been calling on Jacobs to resign for more than a year.

"I never get a congratulations on the success, but I do get all the blame," Jacobs said, adding that it is time for unity within the Democratic Party moving forward.

"What I would say to AOC or any of the others, give me a call. You know how to reach me. I tried once to reach out to no avail, but give me a call," Jacobs said. "If we want to focus on how do we make progress in this state and keep Democrats in the majority, I'll sit down have that conversation any day. I think that we have to lower the temperature of the Democratic Party and work together."

Voter turnout for the 2022 midterms elections outpaced all other midterms except for 2018.