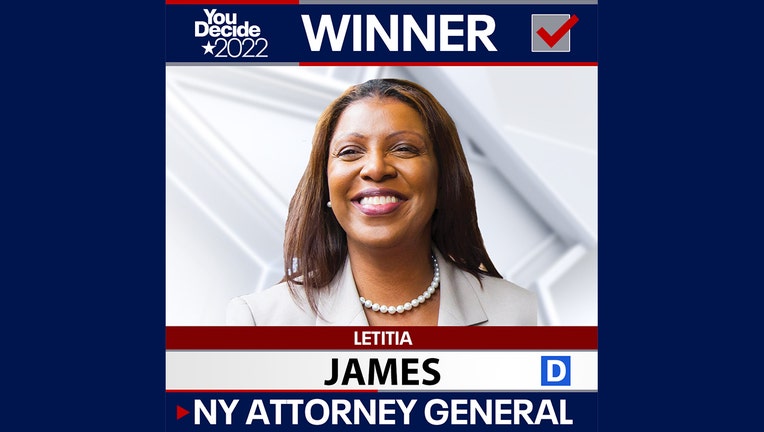 James was the first woman to be elected as Attorney General in New York, and she has used her position to lead high-profile investigations against former Governor Andrew Cuomo and former President Donald Trump.

"We've gone and we have issued investigations against Democrats, Republicans, it really doesn't matter," James said during the campaign. "There is one system of law, no one should be above the law. What we're trying to do is root out corruption. Politics stops at the door of the office of the Attorney General.

A big issue in the race was New York's cashless bail laws that have been in effect since 2020 and their effects on crime, especially in New York City.

"All throughout my public career, I've been focusing on public safety," James said. "With respect to bail reform my position is the following, we should look at the data, but we should also as we look at bail reform, we should not look at it in isolation."

James says that when looking at bail reform she also wants to look at the criminal justice system as a whole.

"We really need to focus on mental illness, pretrial services, the need for more probation officers, more correctional officers and more police as well, James said. "We need to look at the full spectrum of issues that are driving up crime."

Asked if she thinks the laws will hold up, James said, "We’re defending it in court and obviously if it is struck down, the legislature will come back and make sure that it passes constitutional muster and we will defend it, But it's so critically important that we have responsible gun laws in place."

Michael Henry was not as well-known as James but toured counties across the state running on the message that he was the one to fight crime, whether in the streets of Brooklyn or the halls of the state capitol in Albany.