NEW YORK - Former New York City Mayor Bill de Blasio wants to return to his roots as a lawmaker and is jumping into the fray for the pivotal 2022 midterm elections.

The Democrat announced that he is running for election to the U.S. House of Representatives to represent New York's newly drawn 10th congressional district. The proposed district would include part of Manhattan and a large chunk of Brooklyn, including de Blasio's home in Park Slope.

The former two-term mayor made the announcement on MSNBC's "Morning Joe" on Friday.

"I'm very proud of having led this city out of the worst of the COVID crisis," de Blasio told hosts Joe Scarborough and Mika Brzezinski. "I'm ready right now to serve and address the issues that are so deep in communities in Brooklyn and Manhattan."

Rep. Jerrold Nadler currently represents New York's 10th district but a court-appointed special master has redrawn the state's electoral maps ahead of the primary. The new district no longer includes Nadler's home so he will run in the newly formulated 12th district, which is currently represented by Carolyn Maloney. (The redrawn maps are not yet final. A court is set to decide later Friday.)

Just a few short months after leaving office, former Mayor Bill de Blasio is aiming for a political comeback, running for Congress in New York City's 10th District. He spoke with FOX 5 NY about his campaign, political ambitions, and the state of New York City.

"Wherever I go, people ask: can things get better? I say from my heart: YES, but WE have to make them better," de Blasio tweeted after his TV appearance. "In our neighborhoods and our nation, the way to save our democracy is to be part of it."

His tweet links to a relaunched campaign website with a similar message and a call for donations.

Rep. Carolyn Maloney talks about New York's congressional redistricting, which is poised to pit her in a primary battle against her longtime colleague Rep. Jerrold Nadler.

"The only way to save our democracy is to be a part of it. That is why I am running for Congress in New York's new 10th Congressional District," a message on the website states. "But I cannot do this alone. Please join me."

New York's primary was originally scheduled for June but was pushed to Aug. 23 because of the legal challenges surrounding the new district maps. 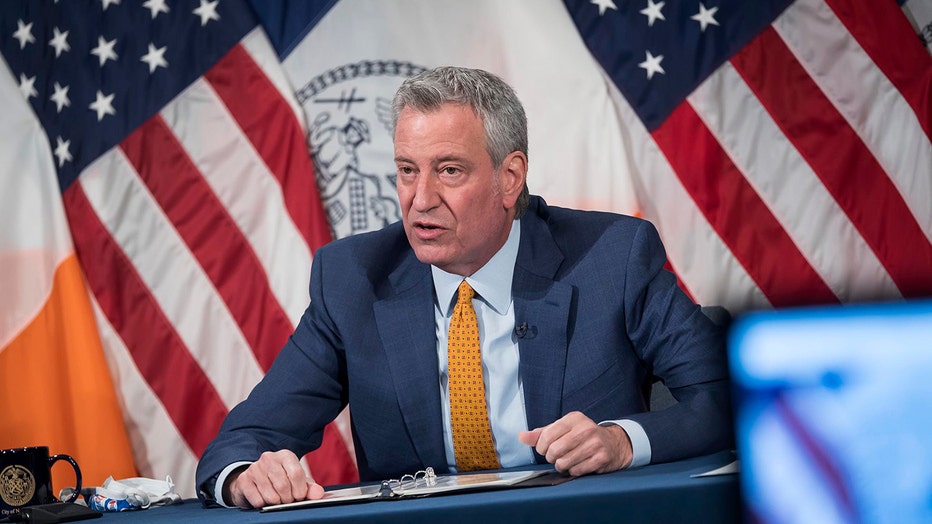 In March, a judge tossed out the original maps drawn by Democrats, saying they were unconstitutional. The case went to the state's highest court, the Court of Appeals, which agreed that the maps were unconstitutional and failed to abide by an anti-gerrymandering process approved by voters. The court then appointed a special master, who created maps friendlier to the GOP.

De Blasio, 61, who was born Warren Wilhelm Jr. and changed his name in 2001 to honor his mother's side of the family, served two terms in the City Council and a term as the city's public advocate before running for mayor in 2013.

The newly-redrawn congressional maps in New York have created a new district in Manhattan with no incumbent, and several local politicians, including Bill de Blasio, have their eyes on it.