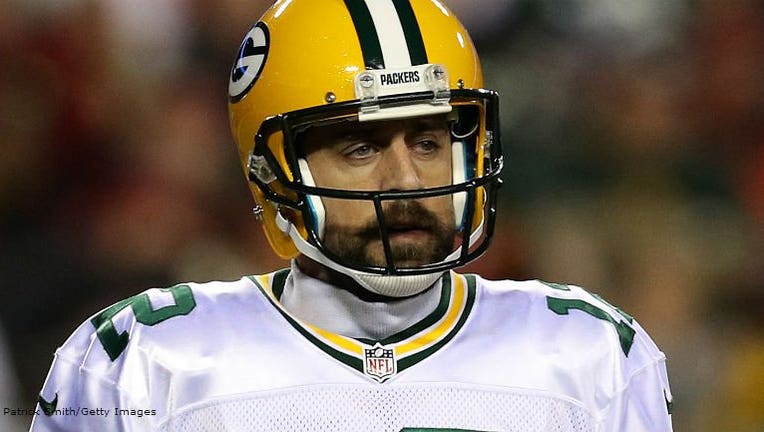 LANDOVER, MD - NOVEMBER 20: Quarterback Aaron Rodgers #12 of the Green Bay Packers looks on against the Washington Redskins in the first quarter at FedExField on November 20, 2016 in Landover, Maryland. (Photo by Patrick Smith/Getty Images)

Bradshaw, former Pittsburgh Steelers Hall of Fame quarterback, called out Rodgers for being "weak" while on WFAN Sports Radio’s Moose and Maggie show in New York.

"With him being upset shows me just how weak he is. Who the hell cares who you draft? I mean, I never. He's a three-time MVP in the league and he's worried about this guy they drafted last year at number one?" Bradshaw said on the radio show.

"I don't understand why he's so upset at Green Bay. And then if they fire the general manager, he'll come back," Bradshaw added. "Are you kidding me? Really? Aaron, that's where this is? Here's what I'd do -- I wouldn't budge. Let him gripe, let him cry, retire, you're 38. Go ahead and retire -- see ya later."

Also on Monday, Davante Adams sent out this tweet -- which leaves plenty of room for interpretation.

It was reported Thursday, April 30 that Rodgers was "disgruntled" with the team, to the point that he did not want to return.

NFL Network's Ian Rapoport on Friday, one day after the initial report broke, reported that it is a "serious consideration" that Rodgers could retire -- to host Jeopardy! or otherwise -- if the relationship does not improve with the team "to his liking."

Rodgers has not yet publicly commented on the reports.

COVID shifts some MPS classes back to virtual learning

Just weeks after being allowed to return to school, some MPS schools and 55 classes are turning virtual after COVID cases pop up