ARLINGTON, Texas - The Texas Rangers are in the middle of their sixth straight losing season, but there is a great deal of interest in the team's final series of the season against the New York Yankees and slugger Aaron Judge.

Judge has hit 61 home runs this season, tied for the American League record, and fans in Texas are ready to show up for a chance to catch history.

The Rangers and Yankees are playing 4 games from Monday to Wednesday and all the games see similar spikes in ticket prices in the outfield.

Why so much? Some consider Judge's home run total to be the "real" home run record in the MLB because Barry Bonds, Mark McGwire and Sammy Sosa, who all hit more than 61 in a season, were all connected to the league's steroids scandals. 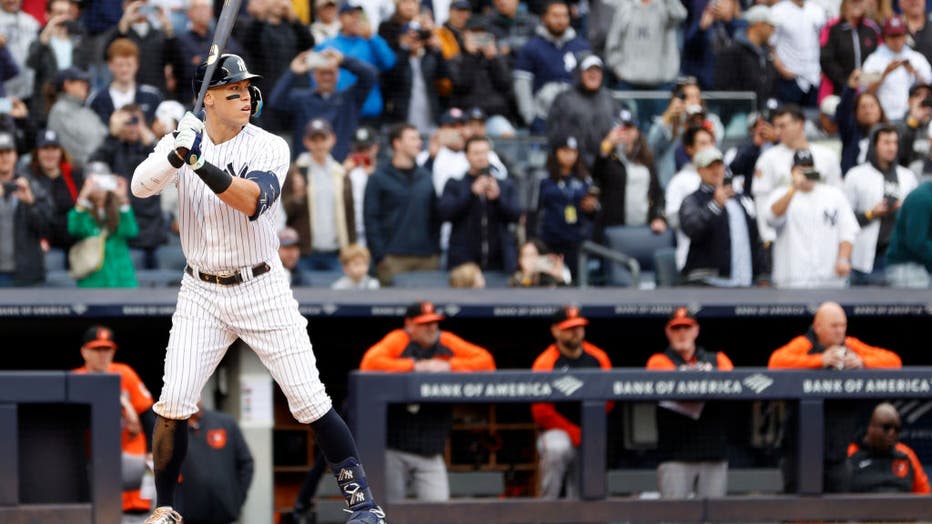 NEW YORK, NEW YORK - OCTOBER 01: Aaron Judge #99 of the New York Yankees prepares to bat during the second inning against the Baltimore Orioles at Yankee Stadium on October 01, 2022 in the Bronx borough of New York City. (Photo by Sarah Stier/Getty I

Judge hit his 61st home run last Wednesday against the Toronto Blue Jays, but it didn't reach the seats. It was returned to Judge by members of the Blue Jays bullpen.