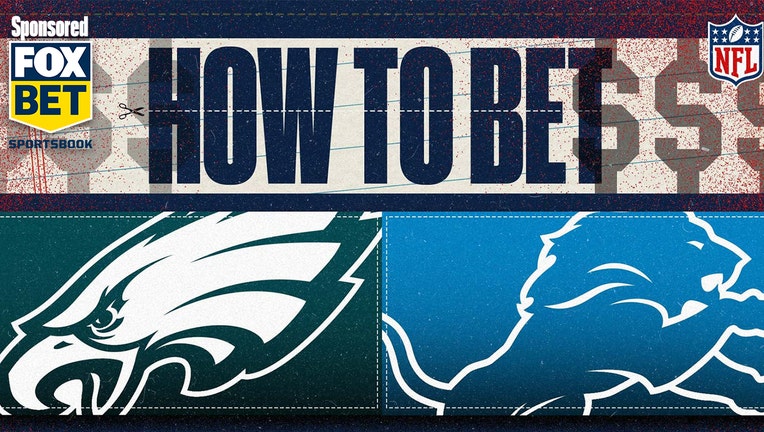 The Philadelphia Eagles enter a game as a favorite for the first time this season as they travel to Detroit to take on the winless Lions on Sunday.

Here's everything you need to know about the NFL odds on Sunday's matchup between the Eagles and Lions — the point spread, moneyline, total over/under and expert's pick (with all NFL odds via FOX Bet).

The 2-5 Eagles are favored even though they've lost five of their past six games.

Philadelphia attempted – and failed – an onside kick to start the second half Sunday against the Raiders. That caught the eye of FOX Sports' betting expert Colin Cowherd.

"The onside kick by Philadelphia last weekend was so bizarre. It was one of the strangest coaching moves I've seen. That move reeked of desperation," Cowherd said. "On the other hand, (Lions coach) Dan Campbell took some chances, but they made perfect sense. I thought Dan really had a good Sunday."

A likely priority for Philadelphia this week is fixing the pass defense.

Carr's 91.1 completion percentage was a career best and the second-best single-game percentage in NFL history behind Drew Brees (29-for-30 passing, 96.7 percent against the Colts in 2019), on a minimum of 30 attempts.

The Raiders scored 30 unanswered points after Philadelphia scored a touchdown after taking the opening kickoff. The Eagles made the score respectable by scoring 15 points in the fourth quarter.

Philadelphia running back Miles Sanders left the game in the first quarter with a right ankle injury and is expected to miss a couple of games.

The Lions and Eagles are tied 16-16-2 in the all-time series which dates back to 1933 (when the Lions were known as the Portsmouth Spartans), though the Lions have won the previous three contests since 2015 and four of the past five.

The over is 7-0 in the past seven games between the Eagles and Lions.

The winless Lions are 4-3 against the spread (ATS) while the Eagles are 3-4 ATS.

Quarterback Jared Goff, who was traded to the Lions during the offseason, is 1-2 in his career against the Eagles.

Philadelphia is 2-2 on the road but 0-3 at home this season.

The Lions are the NFL's lone winless team but their point differential this season (-72) is better than three teams with one win each this season – the Dolphins (-80), the Jets (-95) and the Texans (-106).

The Eagles are 1-5 ATS in their past six games against the Lions.

The under is 5-0 in the Lions’ past five games.

Pick via FOX Sports' Jason McIntyre: "I think the Lions might win this game outright and get their first win of the season."

Pick via FOX Sports' Colin Cowherd: "Detroit's the obvious play. I like the coach and I think there is a quarterback edge, so I like Detroit."