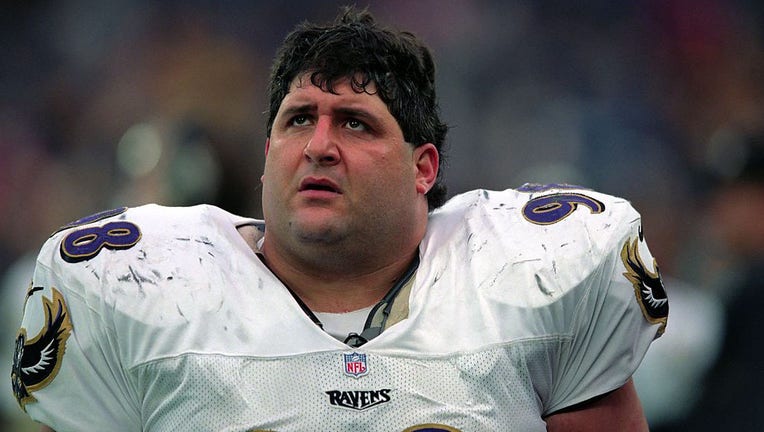 Defensive lineman Tony Siragusa #98 of the Baltimore Ravens looks on from the sideline during a game against the Pittsburgh Steelers at Three Rivers Stadium on December 12, 1999 in Pittsburgh, Pennsylvania. (George Gojkovich/Getty Images)

Siragusa's former Baltimore Ravens teammate Jamal Lewis confirmed the news to TMZ.  Lewis told the entertainment outlet that "it was a sad day to be a Raven."

Siragusa, who was nicknamed "The Goose," previously worked for FOX Sports as a football analyst. The 6-foot-3, 340-pound defensive tackle signed as an undrafted free agent with the Indianapolis Colts in 1990 and went on start for the team in 1992.

Siragusa went on to join the Baltimore Ravens in 1997 and won a Super Bowl with the team in 2000 as a linchpin for one of the NFL's best defenses in league history. In the Ravens’ championship season, he was sixth among Baltimore defenders with 75 tackles.

Siragusa was popular with fans because of his fun-loving personality, which also helped him transition quickly to broadcasting after his playing career.

He finished his career with 22 sacks.

The news of Siragusa's death came on what was already a tragic day for the Ravens. The death of Jaylon Ferguson, a linebacker for Baltimore, at age 26 was announced earlier in the day.

The Associated Press contributed to this story.  This story was reported from Washington, D.C.