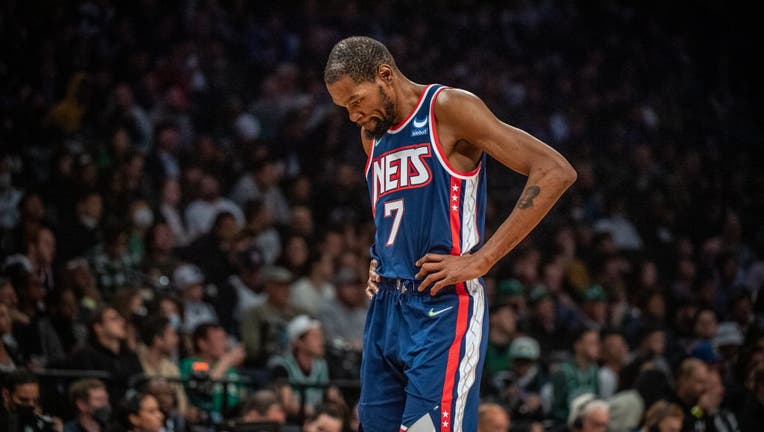 New York Nets' Kevin Durant having trouble hitting his shots while playing the Boston Celtics in the first quarter of Game 4 of the Eastern Conference first-round playoff series at Barclays Center in Brooklyn, on April 25, 2022. (Photo by J. Conrad W

NEW YORK - NBA star Kevin Durant has requested a trade from the Brooklyn Nets, according to reports.

The Nets have been working with Durant to find a trade partner, and he has multiple teams on his preferred list, according to the person who spoke to The Associated Press on condition of anonymity Thursday because neither the player nor Brooklyn revealed any details publicly.

The shocking decision comes just days after Kyrie Irving oped into a $36.5M option with the Nets on the first day of NBA free agency, keeping him with the team next season.

Last season, the Nets finished 44-38, with Irving missing a large part of the season due to COVID-19 vaccination rules in New York City. They were swept in the first round of the NBA playoffs by the Boston Celtics.