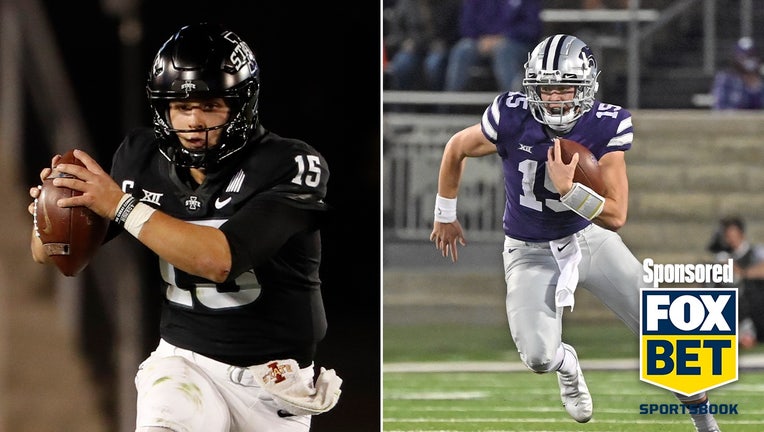 There are the marquee programs that grab the attention on Saturday afternoons- the blue bloods who dominate the headlines and steal a lot of the eyeballs.

But one of the best parts about college football is the game that may not be the main one on the radar, the one that doesn’t necessarily pit perennial national championship contenders but solid football teams who will entertain you for four hours.

This weekend, Iowa State and Kansas State- two great programs without the national recognition they probably deserve- will fit that bill.

The Cyclones – ranked 17th in the latest Associated Press poll- already have a win over Oklahoma on the 5-2 resume. Kansas State, who are 4-3 but just got done pushing No. 14 Oklahoma State two weeks ago, have a solid roster that is a nightmare for any coach. Add them together and you should have an entertaining Saturday evening in Ames (4 p.m., FOX) that could determine Iowa State’s fate in the crowded Big XII race.

Remember that Iowa State at 5-1 actually sits atop the conference standings entering the weekend with games at Texas and home against West Virginia looming to end the regular season.

The history
Iowa State holds a 50-49-4 lead over the Wildcats, but Kansas State has won 11 of the last 12 including last year’s 27-17 win in Manhattan. Iowa State won the last game in Ames between the two in 2018, a 42-38 shootout. Five of the last six games in the series have been decided by five points or less.

The storylines to watch
Iowa State just finds a way to win football games. The numbers aren’t splashy- they have a scoring average of 32.9 points while allowing 26.7- but they are able to use quarterback Brock Purdy  and running back Breece Hall to pound away at opponents. Remember that Iowa State has won three games already by a touchdown or less, including a 38-32 win against Baylor two weeks ago where the Cyclones trailed by 14 points three separate times in the game. One thing Iowa State will have to avoid is turnovers. They committed four against Baylor. Against Kansas State, they will not be as lucky.

Meanwhile, the Wildcats have lost two straight- including a 20-18 heartbreaker to Oklahoma State on Nov. 7. (Kansas State had a bye last weekend. The offense hasn’t been the same since quarterback Skylar Thompson had his season end in early October. True freshman quarterback Will Howard has gone through growing pains, but has shown glimpses along the way. One fear that Wildcats coach Chris Klieman has been worried about was a COVID-19 outbreak on his team that teetered K-State on the precipice of not being able to play on Saturday. Twelve players were listed as COVID positive on Monday.