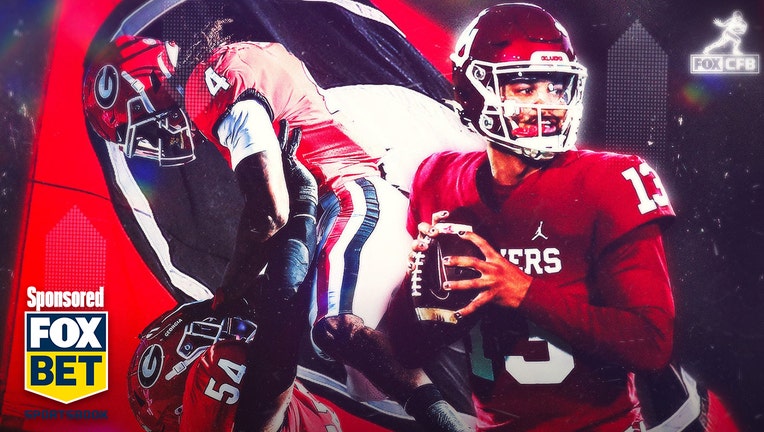 The giant that was Clemson has fallen from grace, there's a Cinderella in Cincinnati and ring-less and championship-winning coaches alike have gotten the ax. And those are just the highlights from the halfway point of the college football season.

Adding to the beauty of this crazy picture are two new favorites; a rising championship front-runner in the Georgia Bulldogs and an unlikely Heisman favorite in Oklahoma Sooner Caleb Williams.

Let's look at the Bulldogs. Their odds to win the College Football Playoff sat at +700 at the beginning of the season. With their top-ranked recruiting class and the hype surrounding former USC starting quarterback JT Daniels joining their squad, it made sense that they were in the championship conversation. But it's the Dawgs' stealthy defense that's kept them ahead of the pack and has them sitting at +125 at FOX Bet to win it all this season.

A $10 bet on the Bulldogs right now to win this year's College Football Playoff would win you $22.50 total at FOX Bet.

According to FOX Bet content integration specialist Jacob Blangsted-Barnor, the Silver Britches have had some help with their ascent to the top spot.

"Georgia was +700 before the start of the season so by no means outsiders, but not quite the +125 favorites they are now," Blangsted-Barnor said. "As impressive as they have been, their success is as much a story of how the front-runners around them fell off.

"Alabama is close in the odds at +220, but not favorites due to their loss to Texas A&M. Clemson now sits at +10000. They've truly fallen off a cliff this year. Ohio State sits at +800 and Oklahoma at +1200, and they are in the hunt but have had their issues. These are all reasons why the Bulldogs are the new favorites."

Not only are the boys in red and black No. 1 in the country, but that team that plays Between the Hedges is 7-0, and they boast the country's best defense, allowing only 6.6 points per game. With a national title eluding Georgia since 1980, is this the year they finally finish the drill?

We understand how the Bulldogs have emerged as national championship favorites, but what about the Sooners' starting quarterback, true freshman Caleb Williams? How did he become a Heisman contender sitting at +2000 odds to take home the trophy?

"Caleb Williams wasn’t even in the betting for Heisman at the start of the season," Blangsted-Barnor said. "Oklahoma had the Heisman favorite Spencer Rattler at QB, so we felt there was no need for his backup to be in the market.

"After Rattler’s benching, Caleb is definitely in the betting now at 20-1. With not many games left to impress, he will need incredible numbers to win it as he won't get the opportunity to add important playoff games to his resume."

But even without playoff games under his belt, Williams is building a case for himself and quickly. In OU's meeting last week against TCU, the 6-foot-1 QB finished his first start going 18-of-23 passing for 295 yards. The four-star athlete picked up 66 yards rushing, too.

In a sport where the media virtually hands its darling the Heisman by midseason, it's fascinating to see the freshman phenom get his name into the talk this late in the year. That is what makes him so interesting from a gambling perspective.

With Georgia barking alone at the top and Caleb Williams climbing in the Heisman conversation, are you wagering on the Dawgs to win the title or for the Sooner to stun in New York?

Place your bets and hold on for the wild ride as the championship and Heisman race get interesting.