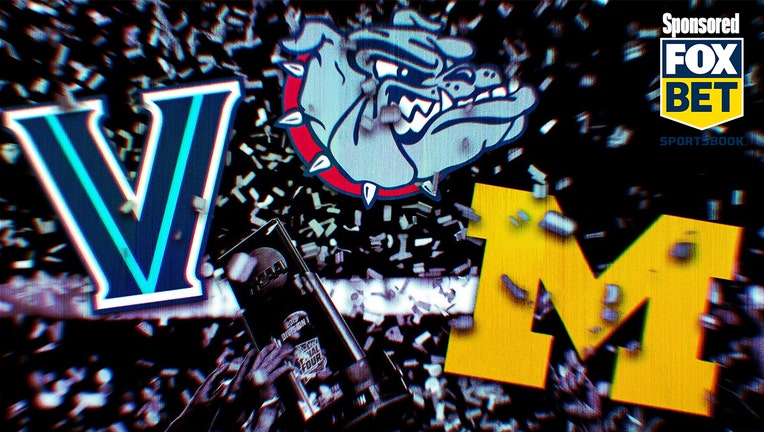 Between college football and the NFL hitting their mid-season strides, NBA tipping off and the historical conclusion of the MLB season, there clearly aren't enough sports to consume. So, like every year on cue, college basketball checks into the game, giving us another reason to be overly enthusiastic about the five months that lie ahead.

Gonzaga, not so surprisingly, is the favorite to win it all at +600. The mid-major 'Zags bring back junior Drew Timme, the clear-cut favorite at +400 to take home the coveted John R. Wooden Award. They're also introducing into the lineup freshmen phenom Chet Holmgren, a 7-foot center. That tandem puts the Bulldogs way ahead of the rest of the pack.

And while there are always lofty expectations for new blood and blue blood programs like Michigan and Kentucky, whose odds to win the championship currently sit at +1100 and +1400, respectively, the top 25 college basketball futures give us a glimpse into which teams oddsmakers think will cut down the last net.

Here are the top 25 national championship odds for the NCAA men's basketball season:

Noticeably missing from this group is legendary powerhouse North Carolina who FOX Bet sits at +3300 to win it all as they rebuild with new coach Hubert Davis. The Tar Heels' most recent title came in 2017, and although they boast seven championships all-time, they have only the 30th-best odds to add a trophy to their case.

Michigan State, curiously, is another traditional top dog missing from this top 25. From Magic Johnson to Draymond Green, coach Tom Izzo's Spartans sit on the shoulders of basketball royalty. That legacy, though, didn't increase their odds as they, too, sit at +3300 to be this season's last team standing.

So why are bettors and oddsmakers high on the likes of the 'Zags and Bruins, Wolverines and Wildcats?

"Gonzaga (+600) enters the season as the favorite, but UCLA (+1000) isn't far behind because they returned all five of their starters from their Final Four appearance last season," Brossman said. "Wooden Award hopeful, Johnny Juzang, is included in that returning group."

The 'Zags and Bruins are definitely at the head of the class, but the next tier isn't too far behind.

"Then you have Michigan (+1100), as Coach Juwan Howard is back with a strong blend of upperclassmen and highly skilled freshmen," the oddsmaker continued. "Duke and Kentucky (+1400 each) are both reloaded, and they're looking to avenge last season's missed tournament appearances."

Brossman says that Purdue, Memphis, Kansas and Texas are some other teams that might turn heads this season.

When it comes to best bets, FOX Sports betting expert Sam Panayotovich has two futures he's throwing some money down on.

PICK: Gonzaga (+600 at FOX Bet) to Win the Championship

Is this finally the year?

One Las Vegas oddsmaker told me the Zags will be favored in every single game in the regular season, and you know they’ll steamroll the entire West Coast Conference en route to a likely top seed in the NCAA Tournament.

Gonzaga was around +175 to win it all at most sportsbooks when last year’s tourney started, and I expect a similar number this coming March. Anything goes past the Elite Eight, but a +650 Zags ticket will put you in a great spot if this group plays anywhere near its potential.

FOX Bet has the best preseason future price in the world on the Jayhawks and you’ve gotta love that. Bill Self’s bunch returns its top three scorers and four of its top five from a season ago. Experience goes a long way as you know.

Kansas also replaced point guard Marcus Garrett with super senior transfer Remy Martin (20 ppg at Arizona State) and added Jalen Coleman-Lands (40% 3PT at Iowa State) as a perimeter threat off the bench. This team is going to score in bunches and it’ll do it inside and out.

Self has more than enough talent in Lawrence to earn a No. 1 seed in the Big Dance and if that’s the case, you’ll feel pretty damn good about an 18-to-1 ticket in your back pocket come March.

Now that you have the odds for the NCAA basketball championship title, which team are you throwing your money on? Happy betting, and more importantly, happy college basketball season!