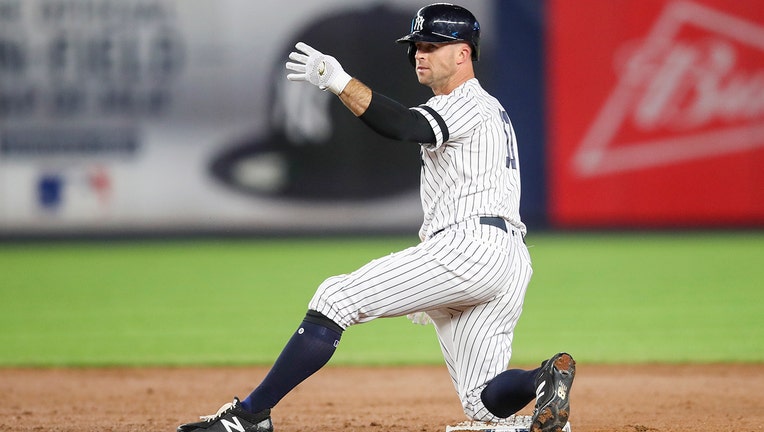 NEW YORK - Brett Gardner and the New York Yankees have finalized a one-year contract worth $5.15 million for the outfielder to return for his 14th season in pinstripes.

He is the last player remaining from the Yankees' World Series-winning team from 2009.

He is the 18th Yankee to play in at least 1,500 games for the franchise, the team said. He also became the 17th player in Yankees history to appear in a game for the club in three different decades, according to Elias Sports Bureau.

Gardner is one of only five players drafted and signed by the Yankees to record at least 1,000 hits with the club, the team said. That puts him in good company; the other four players are Derek Jeter, Don Mattingly, Thurman Munson, and Jorge Posada.

To make room for Gardner on the 40-man roster, the Yankees placed Luis Severino on the 60-day injured list.