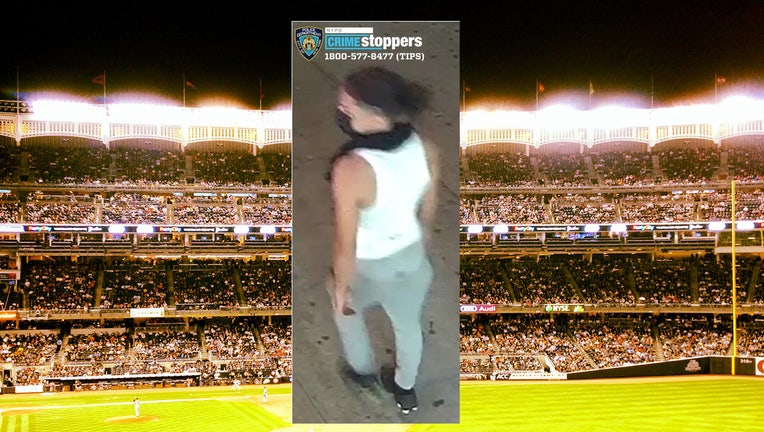 The NYPD released a photo of a man wanted in connection with an attack outside of Yankee Stadium.

NEW YORK - A 20-year-old man is in critical condition after an attack as he left Yankee Stadium.

The NYPD says it happened about 10 p.m. on August 19, 2021.  The victim was approached by an unidentified man who punched him in the head.  The man fell to the ground and struck his head on the ground.  He was left semi-conscious after the attack.

EMS rushed him to NYC Health + Hospitals/Lincoln.  He was listed in critical but stable condition.

On Friday, the NYPD released a photo of the man they are seeking in connection with the attack.  He was seen walking on River Ave. and E. 161st St. in the Bronx before the attack.