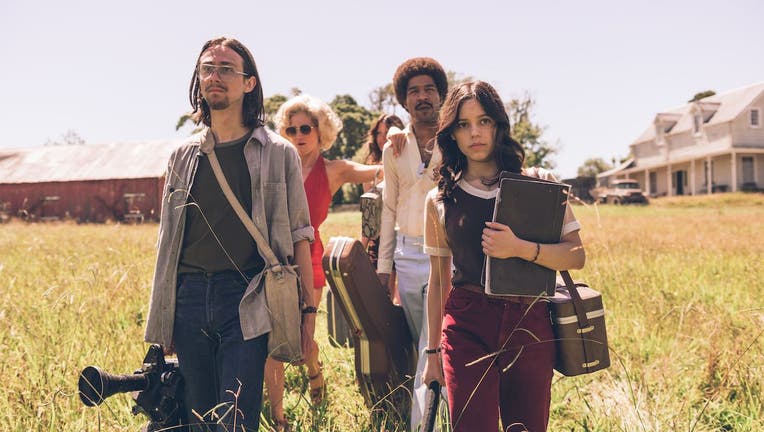 Swap out "dirty movie" for "slasher film," and RJ might as well be "X" writer-director Ti West. West has labored in the low-budget trenches throughout his career: "The House Of The Devil" became an instant indie-horror classic upon its release in 2009, but the key word there is "indie." Now, West returns to the big screen after a six-year absence backed by powerhouse distributor A24, whose films, for better or worse, have come to epitomize the "elevated horror" trend.

And in some ways, "X" fits that mold. Like RJ and "The Farmer’s Daughter," "X" aspires to give viewers the good stuff — here, nudity, gore, mean-spirited humor and transgressive sexuality — wrapped in a formally ambitious package. RJ wants to work French New Wave-style montage into his disreputable little film. West does just that by combining old-fashioned transitions with experimental editing techniques. RJ plays with angles and camerawork to add interest to his sex scenes. West turns a gratuitous full-frontal shot into one of the most visually striking images in the movie, placing the camera high above a skinny dipper oblivious to the gigantic ‘gator swimming towards her. At its heart, however, "X’ is a down-and-dirty slasher picture, not a drama in horror drag.

About "X": A saucy premise and genuine scares 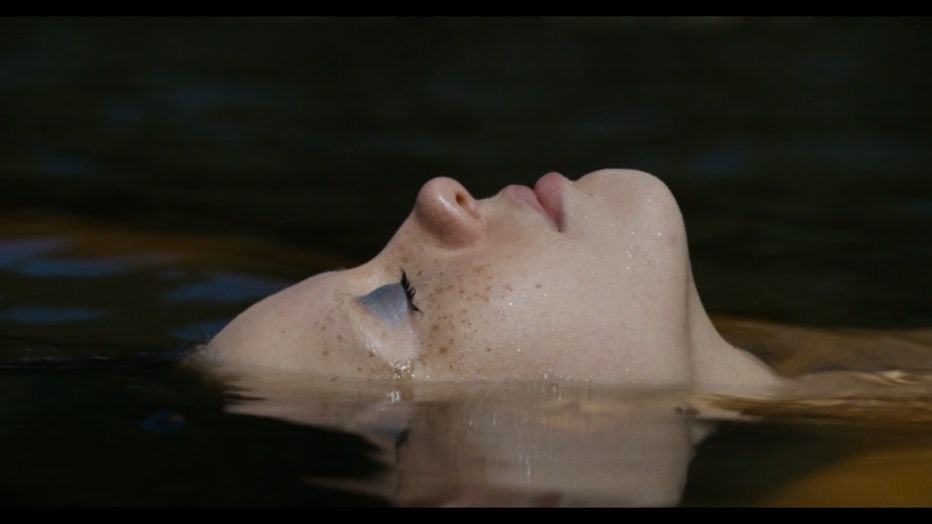 RELATED: ‘I Spit on Your Grave’ and its Final Girl legacy

Along for the ride are the stars of "The Farmer’s Daughter," bubbly blonde Bobby-Lynne (Brittany Snow) and ex-Marine Jackson (Kid Cudi), as well as RJ and his boom operator girlfriend Lorraine (Jenna Ortega). 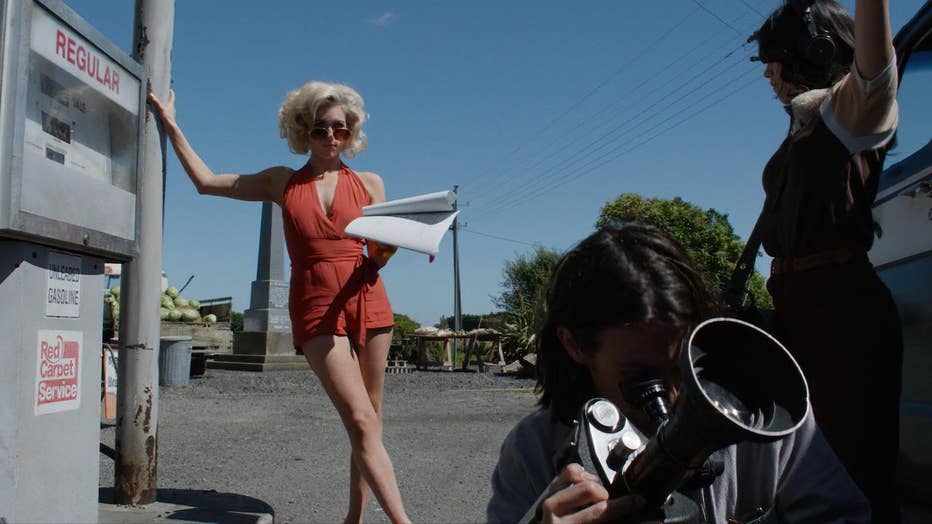 Of the group, innocent Lorraine would seem to be the obvious choice for the film’s "final girl," given the slut-shaming rules of most slasher movies. But "X" is riding a trickier and more intelligent line than that. The elderly couple that greets the crew once they arrive at their destination are as hostile as one might expect in a film that riffs on "The Texas Chain Saw Massacre." But their reasons for hating the sexy kids renting the boarding house on their property are sicker and more complicated — and, one might argue, more realistic — than mere puritanism.

"X" has fun with its saucy premise and retro aesthetic. The movie toggles between goofy sex positivity and oppressive bad vibes as it switches from the 16mm film-within-a-film to a more contemporary widescreen look, a tension echoed in the soundtrack, which pairs ’70s jukebox favorites – one memorable kill scene is set to Blue Öyster Cult’s "Don’t Fear The Reaper" — with spooky, rhythmic sighs and groans from "John Wick" composer Tyler Bates and goth-rocker Chelsea Wolfe. 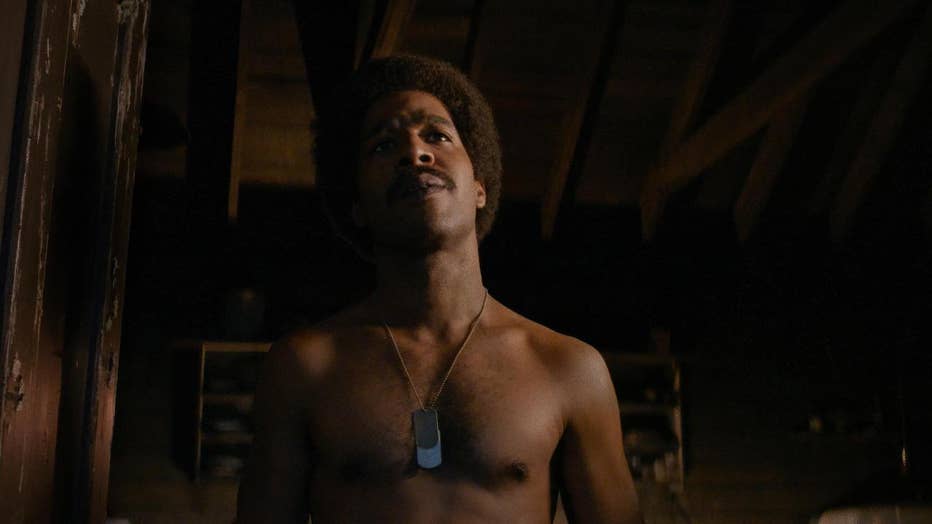 Visual references to the film’s primary influence also abound. And like "The Texas Chain Saw Massacre," "X" takes its time getting to the bloodshed. The first murder doesn’t occur until an hour into this 105-minute picture, at which point "X" steps on the gas and doesn’t let up.

Another thing the two films have in common is an ensemble cast that turns into a star vehicle as the bodies pile up. Goth remains our heroine throughout the movie, but the real Marilyn Burns of "X" is Ortega, who also recently appeared in Paramount’s "Scream." She might not be the final girl, but she can shriek and kick and fight back with the best of them.

But where "Texas Chain Saw" is actually less grisly than its reputation might suggest, the violence in "X" is extremely graphic, pushing the limits of the film’s R-rating with gory stabbings, realistic shotgun wounds and enough hand, eye and foot mutilation to make even seasoned horror fans wince. 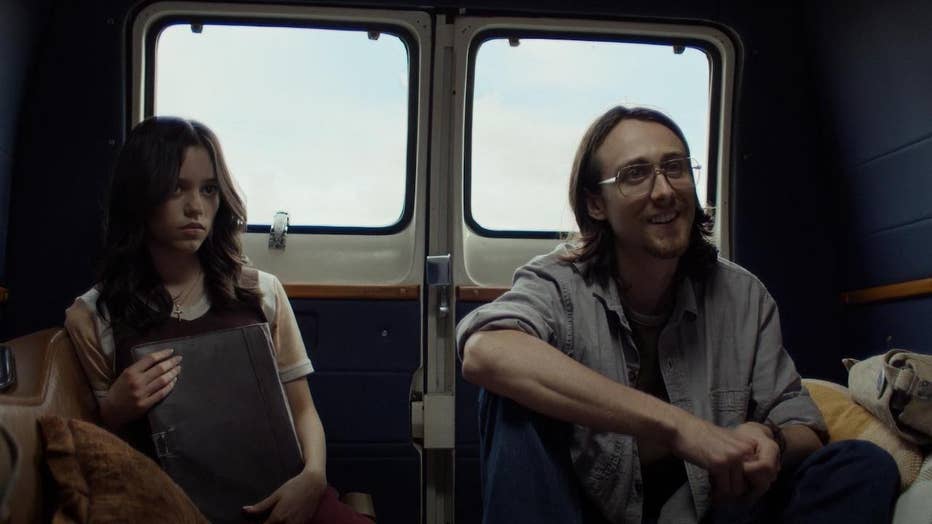 Jenna Ortega and Owen Campbell in "X". Photo: A24.

There’s also a menacing, sexualized undercurrent to the violence that contrasts with Maxine and her friends’ freewheeling libertinism. Normally, slasher movies are conservative at their core, suggesting that extramarital sex is a sin and those who engage in it deserve to be punished. But "X" is adamant in its belief that sexual repression is the truly destructive force. Although it’s set in 1979, the sexual politics of "X" are very 2022: The film makes a point of displaying both male and female nudity, and even the order in which the characters are picked off subverts expectations.

This heady theme is both the most intriguing and most frustrating part of "X." The film’s intertwining of evangelical hypocrisy, extreme violence, generational conflict and the American Dream is provocative, to be sure. But there’s so much at play here that the film can’t help but contradict itself at times, and it never really congeals into a cohesive mission statement. That being said, if you’re looking for nasty, bloody, hormone-driven kicks, "X" more than delivers. And in the wake of a decade laden with "important" horror movies, this good old-fashioned thrill ride feels fresh and new.

About the writer: Katie Rife is a film critic, programmer, and former Senior Writer of The A.V. Club. Her work has appeared in Rolling Stone, Polygon, and Vulture, among other outlets.

Jennifer’s Body (2009): Wrongly maligned in its time, Karyn Kusama’s inspired horror-comedy has undergone a bit of a cultural re-evaluation in recent years — or, put more plainly, everyone seems to finally be catching onto the fact that "Jennifer’s Body" rules. Megan Fox plays Jennifer, a cheerleader who finds herself in a classic high-school pickle: She’s possessed by a demon and fueled by a drive to feast upon her classmates’ flesh. Amanda Seyfried is her best friend Needy (yes, Needy) who senses that something’s not quite right. It’s a riot. Rated R. 102 minutes. Dir: Karyn Kusama. Also featuring Adam Brody, Johnny Simmons, Chris Pratt, J.K. Simmons, Amy Sedaris.

I Spit on Your Grave (1978): In the years that followed its ban in countries like the U.K. (it was branded a "video nasty"), "I Spit on Your Grave" has been elevated to cult status while also leading to sequels and remakes (including Steven R. Monroe’s 2010 version). Many words have been dedicated to this film, including critic Roger Ebert famously calling it "a vile piece of garbage." Rated R. 101 minutes. Dir: Meir Zarchi. Featuring: Camille Keaton, Eron Tabor, Richard Pace, Anthony Nichols, Gunter Kleeman. Read more on "I Spit on Your Grave" from critic Emma Fraser.