Tears and emotions erupted inside a D.C. Superior Courtroom on Friday after a judge ordered 48-year-old Shanteari Weems held without bail. FOX 5's Stephanie Ramirez has new details on the shooting at Mandarin Hotel.

WASHINGTON - Tears and emotions erupted inside a D.C. Superior Courtroom Friday after a judge ordered 48-year-old Shanteari Weems to be held without bail.

The Maryland daycare owner, facing assault and firearm charges, admitted to shooting her husband inside a D.C. hotel room last week after she confronted him on claims he had molested some of the children her facility cares for.

The judge did not accept the self-defense argument and focused on the fact that Weems went to D.C. to confront her husband, and did so armed. Friday’s bond hearing, she noted, was about the assault charges against Weems and not the content of the confrontation and argument she had with her husband.

Weems’ attorney Tony Garcia told FOX 5 that it is their job to convince a judge and jury Weems fired in self-defense and that they do plan to revisit trying to release Weems from behind bars.

"This was a unique situation," Garcia said. "This is somebody who has lived her entire life obeying the law, helping others and most of all, raising and protecting children. And this 30 second incident now has her behind bars. So, I would say she’s very disappointed," 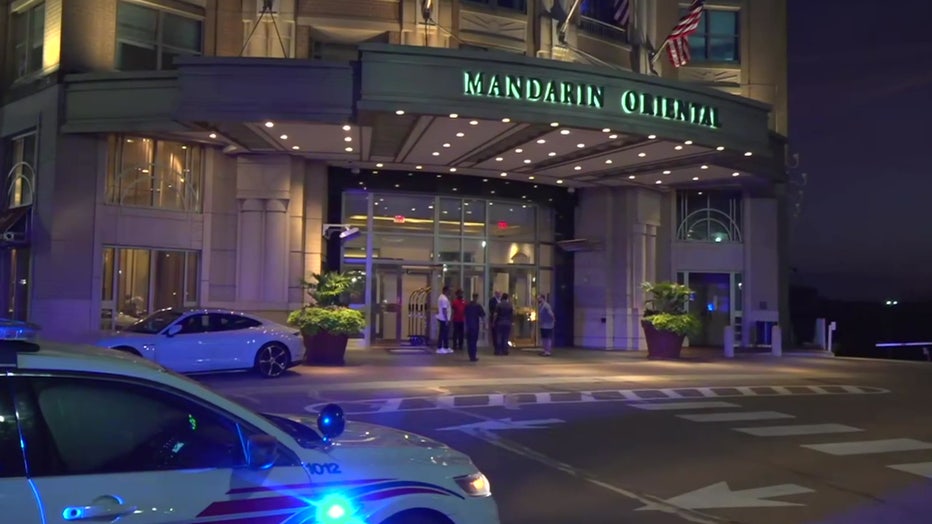 The shooting happened after 7:30 p.m. Thursday, July 21st, inside an 8th-floor hotel room at the Mandarin Oriental Hotel on Maryland Avenue SW.

Garcia tells FOX 5 that earlier that week, the couple had learned of a child molestation allegation against Weems’ husband of five years. James Weems Jr. was a retired Baltimore City police officer who reportedly worked security for the daycare center.

On the day of the shooting, Garcia said Weems had learned of a different child molestation allegation and traveled to the D.C. hotel where her husband was staying to confront him.

A D.C. detective told the court on Friday two firearms were found in the hotel room: a handgun in a black handbag and a pistol in a holster inside an unlocked hotel lockbox.

The detective also described finding two shell casings and a hole in the hotel wall. While a 30-minute barricade situation had been reported, the detective mentioning not finding any items used to block the door. The matter involved the door being locked.

Tony Garcia is representing Shanteari Weems, the woman who D.C. police say got in her car, drove to the city, and shot her 57-year-old husband, James Weems twice inside a room at the Mandarin Oriental Hotel. FOX 5's Nana-Sentuo Bonsu has the details!

At Friday’s bond hearing, Weems’ attorney Garcia argued that his client shot her husband in self-defense, claiming her husband made a physical advance toward her. Garcia used the word "attack" in a previous interview with FOX 5.  He told the court in police bodycam video, his client mentioned being scared and that her husband went from "zero to a thousand," after she confronted him about the child molestation allegations.

Her reaction was described a little different by the Metropolitan Police Department detective who testified to interviewing Weems after. He described her as using the word "confused" – not "scared."

Lawyers also focused on a notebook police found inside the hotel room. The same MPD detective told the court that passages from the notebook read, "I am on my way to shoot James. I do not intend to kill, I intend to hurt." There was also a line mentioning wanting justice.

Weems' attorney said another passage not raised by the U.S. Attorney’s office, read, "My only regret is I didn’t put a bullet in his head."

Garcia argued this passage is in past tense and shouldn’t be used to show probable cause to hold Weems when there is no evidence to prove whether the lines were written before or after the shooting.

"If Weems was a white man, she would be home right now. Her history as a corrections officer probably would’ve lended to her being able to come home with her family. But because she is a Black woman, I feel that’s the reason why she was treated the way she was," said Afeni Evans with the court activist group Freedom Fighters D.C.

"When you’re a person that wakes up every morning that is responsible for 90 children, 16 employees, a son, family, being behind bars, taking your freedom is hell," Garcia said. 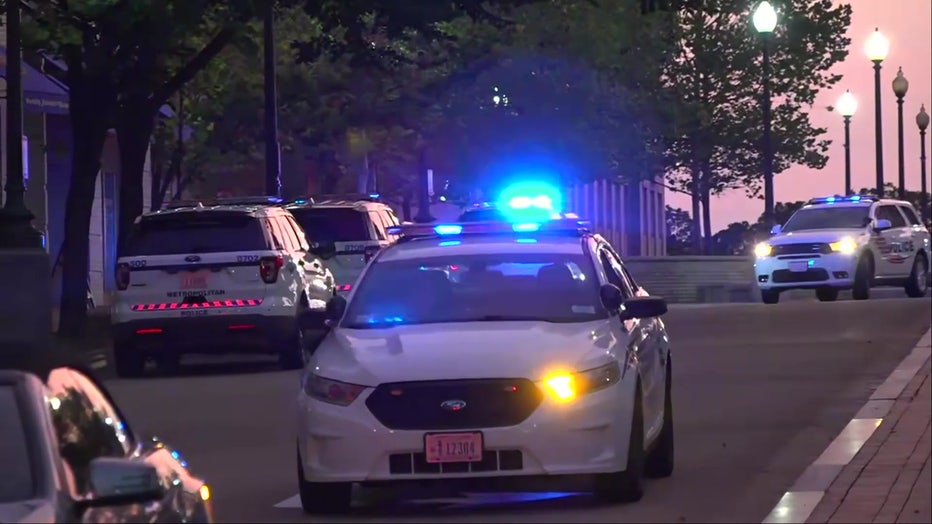 Weems’ attorney told the court his client is a licensed gun owner who worked 10 years as a correctional officer before she started the daycare center. He also noted in her 48 years, she’s never had an arrest or conviction.

Garcia described Weems as a pillar in the community and at one point, asked those in the courtroom to stand if they were there in support of his client. While it was a smaller room, it appeared as though as least half of the courtroom stood at once.

After the judge’s bail ruling, people on the virtual steam cursed and told the judge she didn’t care about children.

On Monday, Maryland authorities are expected to pick up Weems’ husband from where he is being held in D.C.

Shanteari Weems is due back in court on August 9th.