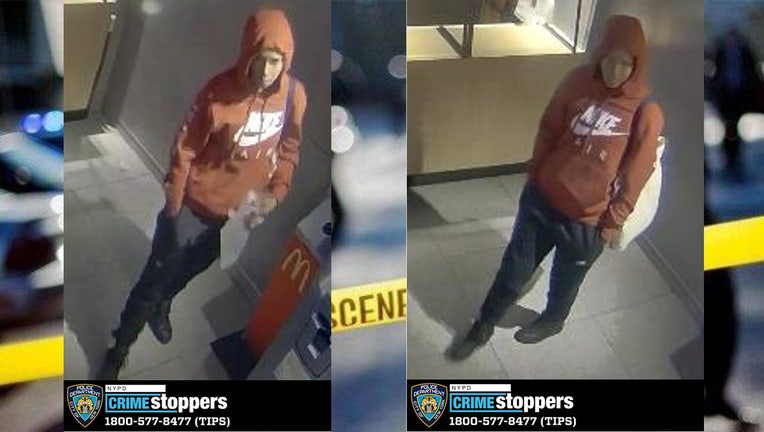 NEW YORK - The NYPD is on the hunt for a woman they say tasted and robbed a Uber driver in Manhattan last month.

According to authorities, on November 13, at around 1:30 a.m., a 55-year-old Uber driver picked up the unknown female suspect at 102nd Street and 1st Avenue in East Harlem.

The woman asked to be dropped off at West 9th Street and 6th Avenue in Greenwich Village, and when they arrived, pulled a Taser out of her bag and used it several times on the victim's right shoulder.

The woman then allegedly grabbed the victim's wallet, containing #375 in cash, along with cred cards and personal ID, from the center console and fled on foot.

The NYPD describes the suspect as a roughly 25-year-old woman, standing 5'5" tall and weighing around 125 pounds, with a thin build and black hair in dreadlocks. She was last seen wearing a red hooded sweatshirt with a white Nike logo on the front, black pants, black shoes and carrying a large white bag.

The suspect was seen later in surveillance footage from a McDonald's in Midtown, where she used the victim's stolen credit card.