Woman struck in back of head in unprovoked attack

Police released surveillance video of the shocking incident which occurred on Feb. 21 at about 10:45 p.m.

NEW YORK - A woman was struck in the back of the head with a bag in an unprovoked attack in Fort Greene, said the NYPD.

Police released surveillance video of the shocking incident which occurred on Feb. 21 at about 10:45 p.m. 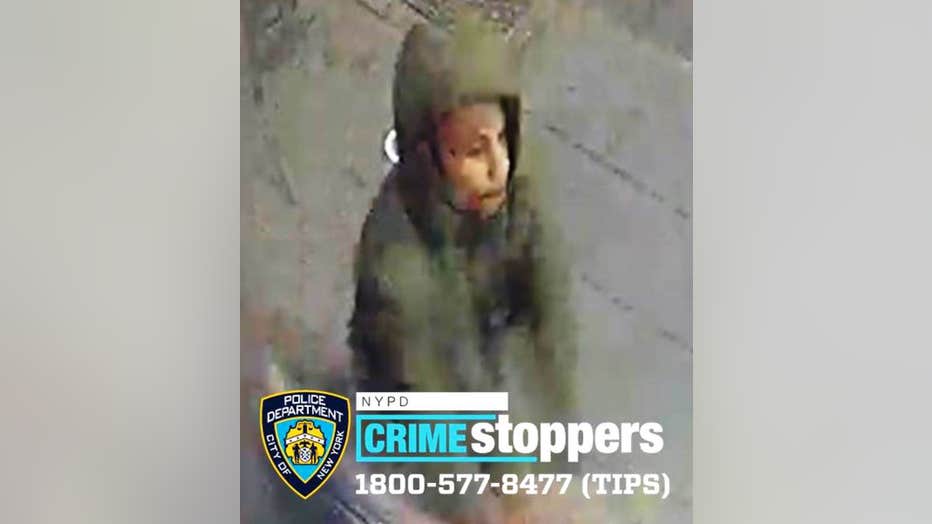 The 28-year-old victim was walking into 79 Rockwell Place when she was hit. It's unclear what was inside the bag.

The attacker took off.

He is described by police as about 5 feet 9 inches tall with a medium build. He was last seen wearing black sneakers, a dark-colored hooded sweatshirt and pants.

Anyone with information about the assault should contact the NYPD Crime Stoppers at any of the following: