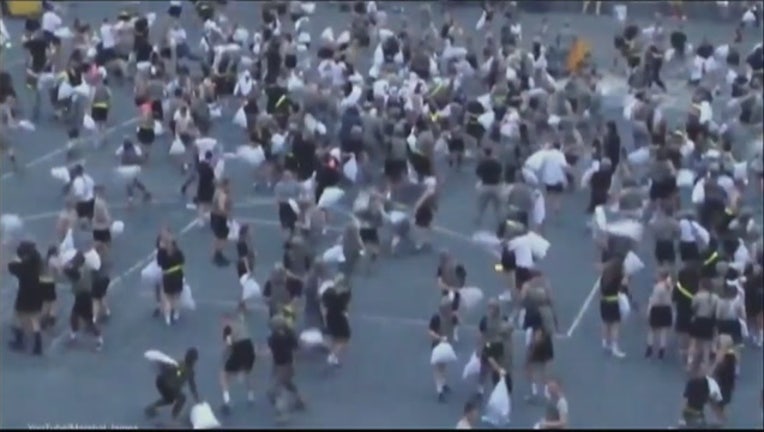 WEST POINT, N.Y. (AP) — U.S. Military Academy officials say they will ban cadet pillow fights like the bloody one that left 30 injured this summer and are pursuing action against many of those involved.

First-year students, known as "plebes," organize the annual pillow fight as a way to build camaraderie after a grueling summer of training. But the pillow fight on Aug. 20 led to multiple injuries, including a broken nose and 24 diagnosed concussions.

Lt. Gen. Robert Caslen, West Point's superintendent, said Wednesday in a news release that the unsanctioned event has "no place in the future" in an academy developing Army officers. He said an investigation showed "ineffective communication" between cadet leadership and senior military personnel before the pillow fight.

Caslen said he was taking unspecified administrative actions against both groups.