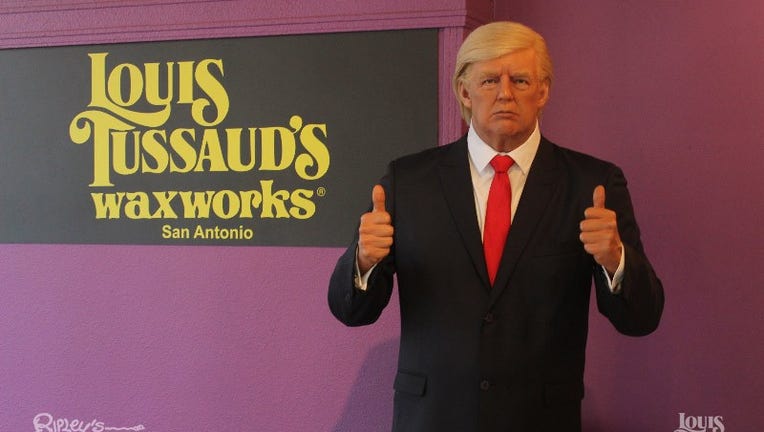 An image provided by Ripley Entertainment shows the wax figure of Donald Trump.

The owner of Louis Tussaud’s Waxworks in San Antonio, Texas has removed a statue of former President Trump for repair after visitors damaged it by punching it.

The museum's owner says damage to wax figures, especially politicians can be a problem.

In an emailed statement to FOX 5 NY, Ripley Entertainment said:  "When a wax figure has been damaged, we will remove the figure from public display and send it to our talented team of artists for repair."

The Trump statue is due for repair and there was no timeline given on when that work would be done.

In the meantime, company officials say they are finishing work on a statue of President Biden.

For people who want to see a statue of Donald Trump, the company said it keeps a permanent collection of presidents on display in Grand Prairie, Texas.