JERSEY CITY, N.J. - An 80-foot-tall sculpture by the renowned Barcelona artist Jaume Plensa is now perched at the end of a pier on the Jersey City waterfront. The permanent installation is called Water's Soul.

"Overlooking the Hudson River directly across from Lower Manhattan, Water's Soul depicts the serene face of a young subject holding a finger to her lips in a state of silent contemplation," Gray, the gallery that represents Plensa, said in a press release. "The sculptural portrait, though monumental in scale, humbly gestures for quietude, a beckoning towards empathetic self-reflection."

In a statement, Plensa called water a metaphor for humanity.

"One drop of water is quite alone, like a single person, but many drops together can create a tidal wave, and form immense rivers and oceans," he said. "When individuals come together to exchange ideas and create community, we can build something incredibly powerful."

The sculpture is located in Newport, a mixed-use waterfront property developed by the LeFrak Organization and Simon, which commissioned Plensa to create a piece for the site. The artist said he hopes the work becomes a landmark that visually connects Newport to Manhattan across the river.

"Just as Water's Soul acts to unite the city of Jersey City and New York City, we are reminded that water is the great public space that unites and embraces communities as well as people around the world," Plensa said. 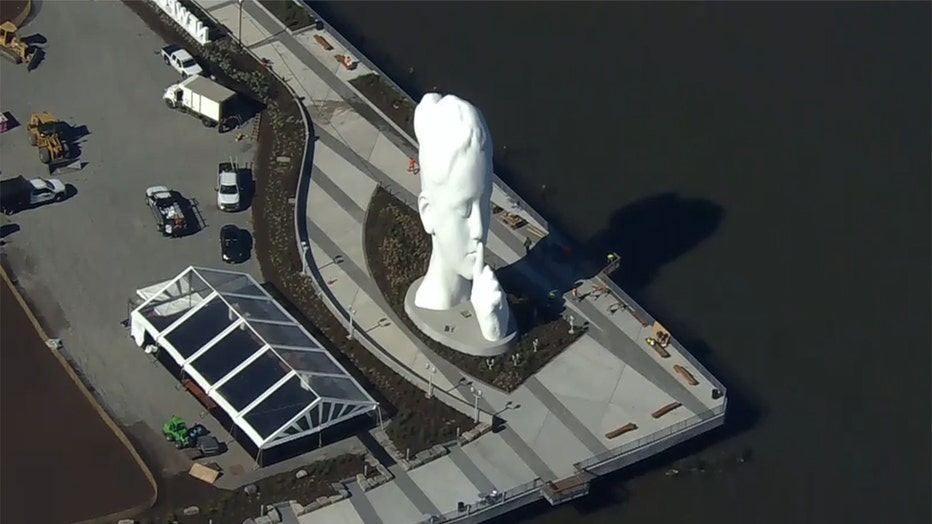 A dedication ceremony for Water's Soul is scheduled for Thursday, Oct. 21.

Plensa's sculptures have been exhibited and installed all over the world. A work called Voices is permanently on view at 30 Hudson Yards in Manhattan. 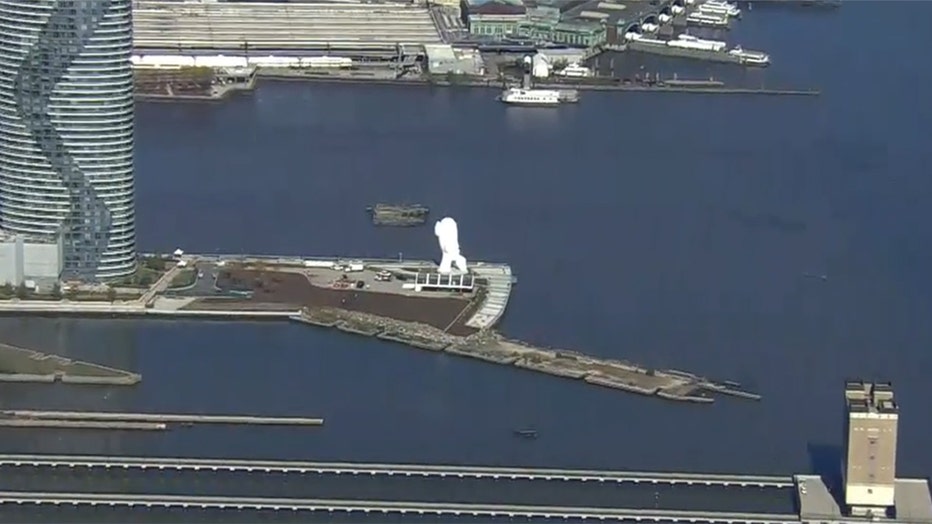