Wall Street has entered bear market territory. However, don't panic, financial experts say. Instead, focus on what you can control.

The renewed selling came a day after a brief reprieve for markets when the Federal Reserve delivered a huge interest rate increase in its effort to fight back inflation, which is at a 40-year high, and prevent prices from continuing to spiral out of control. For example, the national average price of gasoline has topped 4% a gallon.

Markets are worried that the Fed and other central banks may stumble along the narrow path of hiking interest rates enough to slow high inflation but not so much that they cause a recession.

So what can Americans do to protect themselves if a recession hits?

Financial planner Roger Ma, the founder of lifelaidout and the author of Work Your Money, Not Your Life, says you shouldn't focus on those external market movements, which you cannot control. Instead, focus on your personal situation and your financial goals, which you can control, he says.

With The Associated Press and FOX 5 NY's Jessica Formoso. 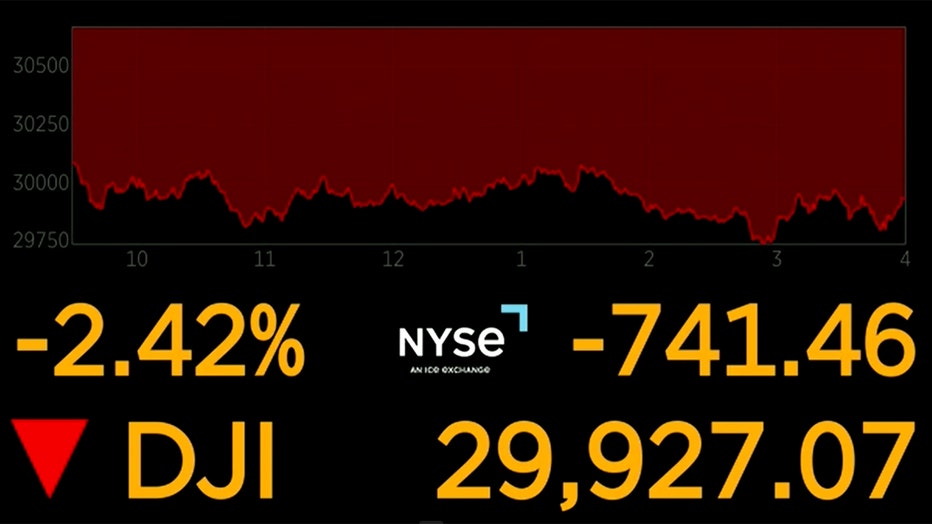 (Courtesy of NYSE via FOX)