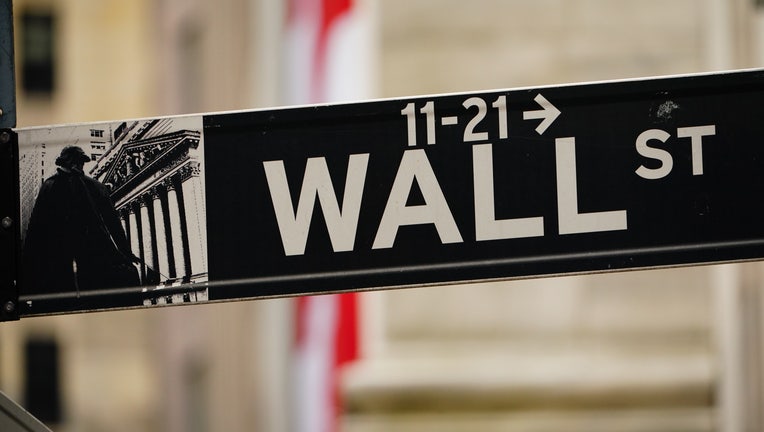 NEW YORK - Wall Street rumbled to the edge of a bear market Friday after another drop for stocks briefly sent the S&P 500 more than 20% below its peak set early this year.

The S&P 500 index, which sits at the heart of most workers’ 401(k) accounts, was down as much as 2.3% for the day before a furious comeback in the final hour of trading sent it to a tiny gain of less than 0.1%. It finished 18.7% below its record, set on Jan. 3. The tumultuous trading capped a seventh straight losing week, its longest such streak since 2001.

Rising interest rates, high inflation, the war in Ukraine, and a slowdown in China’s economy are all punishing stocks and raising fears about a possible U.S. recession. Compounding worries is how the superhero that's flown to Wall Street's rescue in the most recent downturns, the Federal Reserve, looks less likely to help as it's stuck battling the worst inflation in decades.

RELATED: Inflation gave most Americans a 2.6% wage cut in April

Because the S&P 500 did not finish the day more than 20% below its record, the company in charge of the index says a bear market has not officially begun. Of course, the 20% threshold is an arbitrary number.

"Whether or not the S&P 500 closes in a bear market does not matter too much," said Brian Jacobsen, senior investment strategist at Allspring Global Investments. "A lot of pain has already been experienced."

Many big tech stocks, seen as some of the most vulnerable to rising interest rates, have already fallen much more than 20% this year. That includes a 37.2% tumble for Tesla and 69.1% nosedive for Netflix.

It’s a sharp turnaround from the powerful run Wall Street enjoyed after emerging from its last bear market in early 2020, at the start of the pandemic. Through it, the S&P 500 more than doubled, as a new generation of investors met seemingly every wobble with the rallying cry to "Buy the dip!"

"I think plenty of investors were scratching their heads and wondering why the market was rallying despite the pandemic," Jacobsen said. "Now that the pandemic has hopefully mostly passed, I think a lot of investors are kicking themselves for not having gotten out on signs that the economy was probably slowing and the Fed was making its policy pivot."

With inflation at its highest level in four decades, the Fed has aggressively flipped away from keeping interest rates super-low in order to support markets and the economy. Instead it's raising rates and making other moves in hopes of slowing the economy enough to tamp down inflation. The worry is if it goes too far or too quickly. 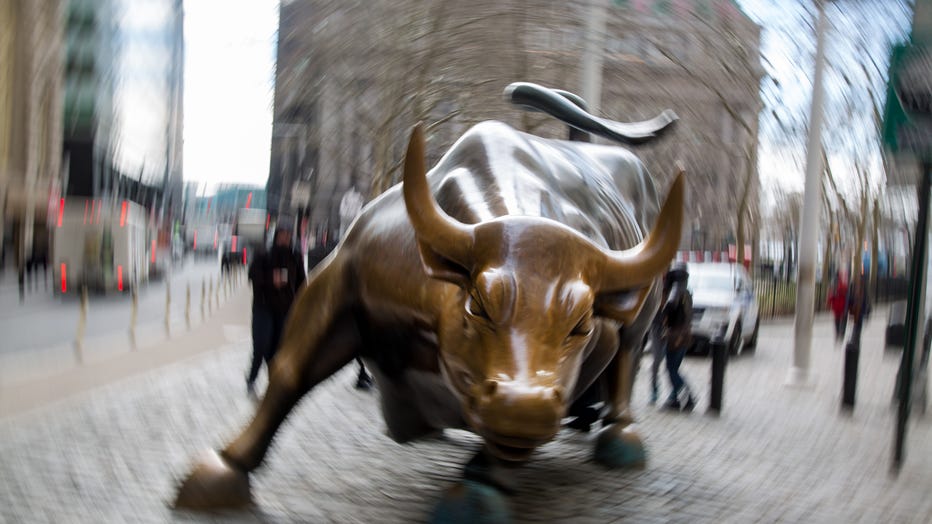 "Certainly the market volatility has all been driven by investor concerns that Fed will tighten policy too much and put the U.S. into a recession," said Michael Arone, chief investment strategist at State Street Global Advisors.

Bond yields fell as recession worries pushed investors into Treasurys and other things seen as safer. The yield on the 10-year Treasury note, which helps set mortgage rates, fell to 2.78% from 2.85% late Thursday.

Inflation has been painfully high for months. But the market's worries swung higher after Russia's invasion of Ukraine sent prices spiraling further at grocery stores and gasoline pumps, because the region is a major source of energy and grains. The world's second-largest economy, meanwhile, has taken a hit as Chinese officials locked down key cities in hopes of halting COVID-19 cases. That's all compounded with some disappointing data on the U.S. economy, though the job market remains hot.

Adding pressure onto stocks have been signs that corporate profits are slowing and may finally be getting hurt by inflation. That means the pain has widened beyond tech and high-growth stocks to encompass more of Wall Street.

Retail giants Target and Walmart both had warnings this week about inflation cutting into finances. Discount retailer Ross Stores sank 22.5% on Friday after cutting its profit forecast and citing rising inflation as a factor.

"The latest earnings from retail companies finally signaled that U.S. consumers and businesses are being negatively impacted by inflation," Arone said.

Although its source is different, the gloom on Wall Street is mirroring a sense of exasperation across country. A poll from The Associated Press-NORC Center for Public Research released Friday found that only about 2 in 10 adults say the U.S. is heading in the right direction or the economy is good, both down from about 3 in 10 a month earlier.

RELATED: What is shrinkflation? How companies hide inflation without increasing prices

Much of Wall Street's bull market since early 2020 was the result of buying by regular investors, many of whom started trading for the first time during the pandic. Alongside many cryptocurrencies, they helped drive darlings like Tesla's stock higher. They even got GameStop to surge suddenly to such a high level that it sent shudders through professional Wall Street.

But these traders, called "retail investors" by Wall Street to differentiate them from big institutional investors, have been pulling back as stocks have tumbled. Individual investors have turned from a net buyer of stocks to a net seller over the last six months, according to a recent report from Goldman Sachs.

Why is it called a bear market?

A bear market is a term used by Wall Street when an index like the S&P 500, the Dow Jones Industrial Average, or even an individual stock, has fallen 20% or more from a recent high for a sustained period of time.

Why use a bear to represent a market slump? Bears hibernate, so bears represent a market that's retreating, said Sam Stovall, chief investment strategist at CFRA. In contrast, Wall Street's nickname for a surging stock market is a bull market, because bulls charge, Stovall said. 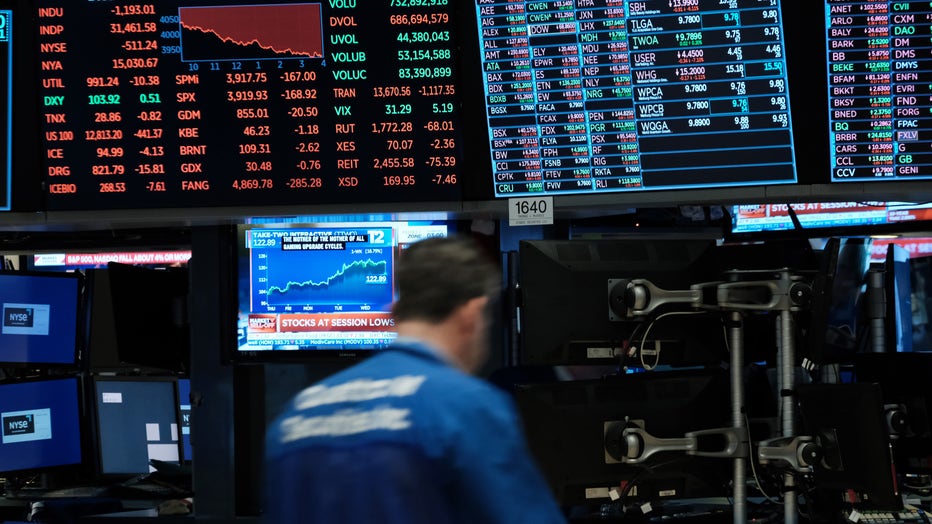 NEW YORK, NEW YORK - MAY 18: Traders work on the floor of the New York Stock Exchange (NYSE) on May 18, 2022 in New York City. (Photo by Spencer Platt/Getty Images)

Why are investors worried?

Market enemy No. 1 is interest rates, which are rising quickly as a result of the high inflation battering the economy. Low rates act like steroids for stocks and other investments, and Wall Street is now going through withdrawal.

The Federal Reserve has made an aggressive pivot away from propping up financial markets and the economy with record-low rates and is focused on fighting inflation. The central bank has already raised its key short-term interest rate from its record low near zero, which had encouraged investors to move their money into riskier assets like stocks or cryptocurrencies to get better returns.

Earlier this month, the Fed signaled additional rate increases of double the usual amount are likely in upcoming months. Consumer prices are at the highest level in four decades, and rose 8.3% in April compared with a year ago.

The moves by design will slow the economy by making it more expensive to borrow. The risk is the Fed could cause a recession if it raises rates too high or too quickly.

Russia’s war in Ukraine has also put upward pressure on inflation by pushing up commodities prices. And worries about China’s economy, the world’s second largest, have added to the gloom.