The Holocaust Memorial and Tolerance Center of Nassau County and Chamber Players International are hosting a performance that is part of the Violins of Hope tour.

NASSAU COUNTY, N.Y. - The music coming from the violins used in a world tour called Violins of Hope holds extra special meaning. Many of the instruments were once played by prisoners in Nazi concentration camps.

Avshi Weinstein's workshop is in Tel Aviv but the Israeli craftsman is in New York getting ready for the last leg of Violins of Hope, scheduled for Wednesday night at the Tilles Center in Brookville in Nassau County.

"Each one has a different history and we try to bring the individual stories for people to know and learn," said Weinstein, who is the co-creator of Violins of Hope.

The goal is to raise awareness of these unique stories from World War II. The Holocaust Memorial and Tolerance Center of Nassau County and Chamber Players International are hosting the event.

About 40 of these string instruments were once played in the camps and ghettos throughout Europe during the Holocaust.

"We have an opportunity in a way to hear from the original owners, the victims themselves in concentration camps, speaking to us through the violins," said David Winkler, the artistic director of Chamber Players International.

Music deeply rooted in Jewish tradition was sometimes a refuge for survivors. Many times prisoners were kept alive by performing for Nazi guards.

"They took their instruments everywhere they went because it was part of their life," Weinstein said. "It was like their treasure." 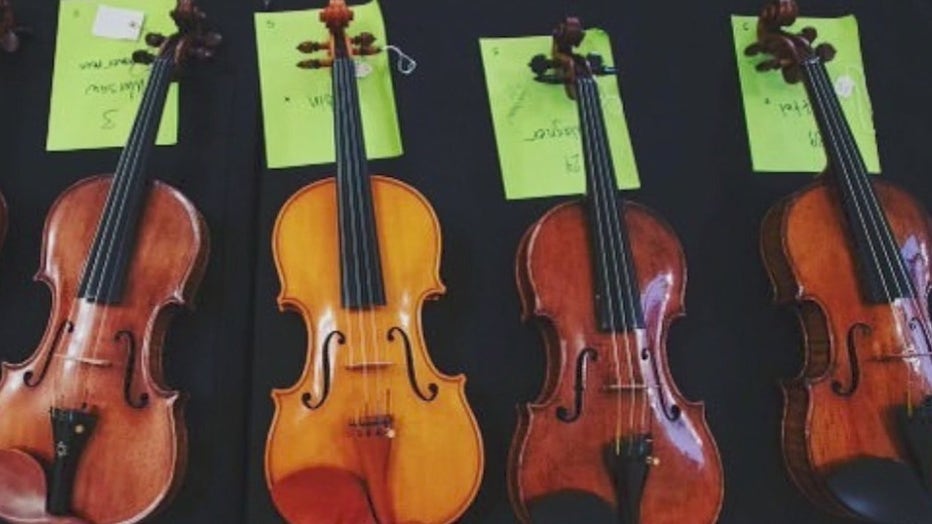 Now the instruments are being treasured.

"Music is eternal and the fact that they're being played on the violins that were restored — the music that comes from them represents souls that didn't survive," said Andrea Bolender, chair of the board of the Holocaust Memorial and Tolerance Center of Nassau Center.

A new violin recently donated to Long Island Violin Shop in Huntington will hopefully be added to the Violins of Hope collection. Once restored, it will go on tour with the others.

Master violin maker Charles Rufino recently received this century-old violin as a donation. On it is the Star of David.

"I think the instrument was led and brought into me so I could to present if to the Weinstein family," Rufino said. "I think that violin came to the United States after the Second World War by some survivor of the Holocaust."

Although millions didn't survive the war, the music from these violins will make sure their legacies live on.