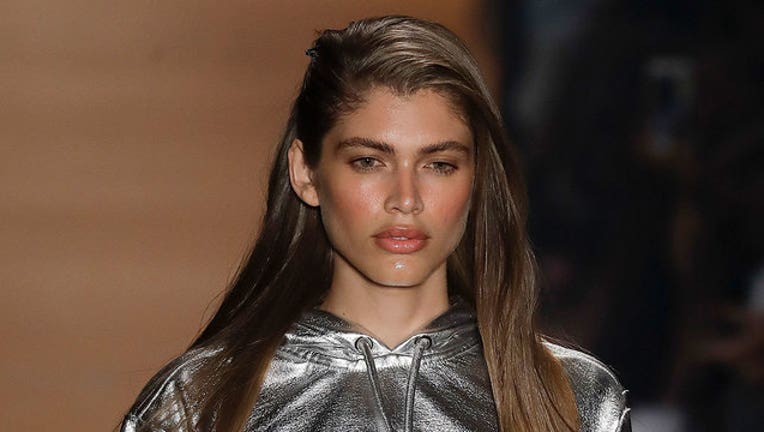 NEW YORK (AP) - Valentina Sampaio has become the first openly transgender model hired by Victoria's Secret nearly a year after a top company official was pressured to apologize for implying trans women are off brand.

Sampaio, a Brazilian, has been posting from behind the scenes of a VS Pink campaign to the delight of celebrities who include Laverne Cox.

Cox who is also transgender, posted on one of Sampaio's photos: "Wow finally!"

Last November, marketing officer Ed Razek of parent L Brands Inc., said in a Vogue interview that the annual Victoria's Secret angels TV special would never include "transsexuals" because "the show is a fantasy." He apologized after outrage ensued.

Sampaio was not hired for the show, and the company is rethinking having one at all after ratings sagged last time around.