At 312 feet above sea level, Sugarloaf Mountain is one of the highest points on the geographic Florida Peninsula. The hill is in Lake County, near the town of Clermont. A resident who lives near Sugarloaf Mountain has set up a water station for cyclists and collects donations for military families.

CLERMONT, Fla. - Harry Fenstad is a U.S. Air Force veteran. The 83-year-old never really rode a bike but that didn’t stop him from raising more than $50,000 for military families through cycling.

When Harry and his late wife, Jance, were building their home on Sugarloaf Mountain in Lake County back in 2001, he noticed a constant flow of bicyclists training on the 312-foot ridge, one of the highest points in Florida. 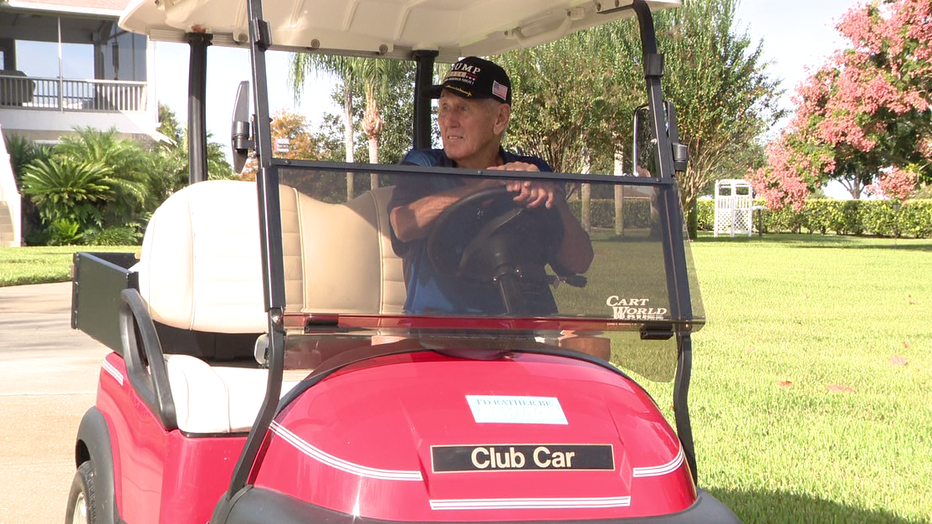 "On weekends, I get at least a couple hundred drive by here, ride by," he said.

Thirsty riders would sometimes stop and ask for water and that is what inspired him to set up a water cooler at the end of his driveway.

"It gets you hydrated. It's really great. Everybody loves it," said cyclist Brenda Rodriguez.

When people started offering Harry money as a thank you, he put up a donation box next to the water cooler.

"If there are people who want to be that generous, I'll take it and I started giving it to the Wounded Warrior Project."

After donating $30,000, Harry has raised more than $20,000 for Hope For The Warriors. The nonprofit helps post 9-11 veterans and their families.

Harry even got cyclists to pitch in when he purchased a motorized wheelchair for an injured vet.
His home is now a popular pit stop for cyclists.

"They tell me that it's well-known all over not just local," he said.