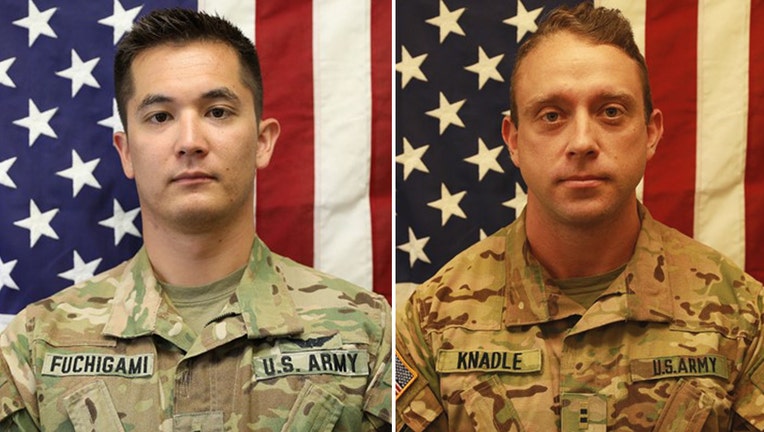 KABUL, Afghanistan - Two U.S. service members who were killed when their helicopter crashed in Afghanistan have been identified.

The Department of Defense said Thursday that Chief Warrant Officer 2s David C. Knadle and Kirk T. Fuchigami Jr. died when their helicopter crashed while providing security for troops on the ground in eastern Logar Province.

The Wednesday helicopter crash is under investigation. The Taliban claimed to have shot down the helicopter, but the U.S military dismissed that claim as false.

The crash brought the number of U.S. deaths in Afghanistan this year to 19. There also have been three non-combat deaths this year. More than 2,400 Americans have died in the nearly 18-year war.