Ex-boyfriend charged in murder of Azsia Johnson on UES

Isaac Argro, 22, the ex-boyfriend of Azsia Johnson, has been charged with murder for Johnson's brutal shooting on the Upper East Side on Wednesday. Johnson's family says Argro routinely abused and beat Johnson, even during her pregnancy and had previously threatened to kill her.

NEW YORK - The NYPD announced Friday that they have arrested a suspect in the horrifying shooting of 20-year-old Azsia Johnson on Manhattan's Upper East Side earlier this week.

Isaac Argro, 22, was arrested Friday evening and has been charged with murder and criminal possession of a weapon in connection to Johnson's shooting, which shocked the city.

Johnson was shot in the back of the head and killed as she pushed her 3-month-old baby in a stroller.

Johnson's mother had previously alleged that her daughter's ex-boyfriend was abusive and was stalking her after having the child.

Johnson, had been living in a domestic violence shelter on the Upper East Side when she was gunned down on Wednesday night at Lexington Avenue and 95th Street.

Speaking to reporters on Thursday night, Lisa Desort said her daughter feared for her own safety and made multiple domestic violence complaints to police.

"I kept telling them, he's threatening my daughter's life and they didn't believe me and now my daughter is dead," said Desort.

The mother of the woman shot in the head on the Upper East Side says the system repeatedly failed her daughter.

The baby was not injured in the shooting.

"If you say somebody abused me and the officer doesn't believe you and they say ‘let him take a walk,’ and he comes back one hour later and kills you, this is what happened to my daughter," said Desort. 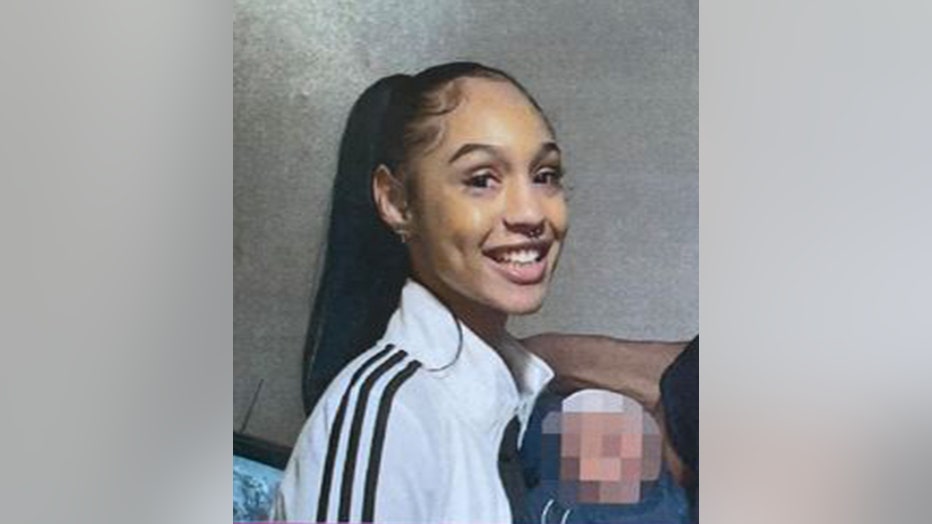 The NYPD was reportedly searching for the baby's father for questioning, according to the NY Post. Johnson had reportedly texted relatives she planned to meet the man on the night she was killed because she "felt bad" that he wasn’t in their daughter’s life and wanted her to know him.

Chief of Detectives James Essig said the gunman targeted Johnson. Detectives are looking for a specific person, Essig said, but he wouldn't name the suspect.

The search for whoever killed Azsia Johnson is underway as friends and family gathered Thursday evening to mourn the 20-year-old mother who was shot in the head and killed on the streets of the Upper East Side earlier this week.