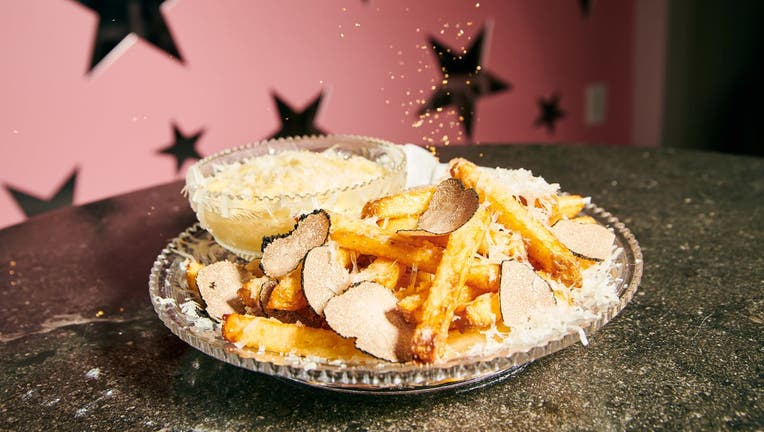 Everyone loves a good plate of French fries, but are you willing to part with $200 for one?

That's the price you'll have to pay to get your hands on some of Serendipity3's Creme de la Creme Pommes Frites. The iconic Upper East Side restaurant has earned a Guinness World Record for making the world's most expensive French fries.

The brainchild of Creative Chef Joe Calderone and Corporate Executive Chef Frederick Schoen-Kiewert, the decadent fries are made using Chipperbeck potatoes which are then blanched in Dom Perignon Champagne and a champagne vinegar.

They are then cooked three times in cage-free goose fat from France and seasoned with Guerande Truffle Salt and truffle oil before being topped with Crete Senesi Pecorino Tartufello cheese and shaved black summer truffles from Italy. 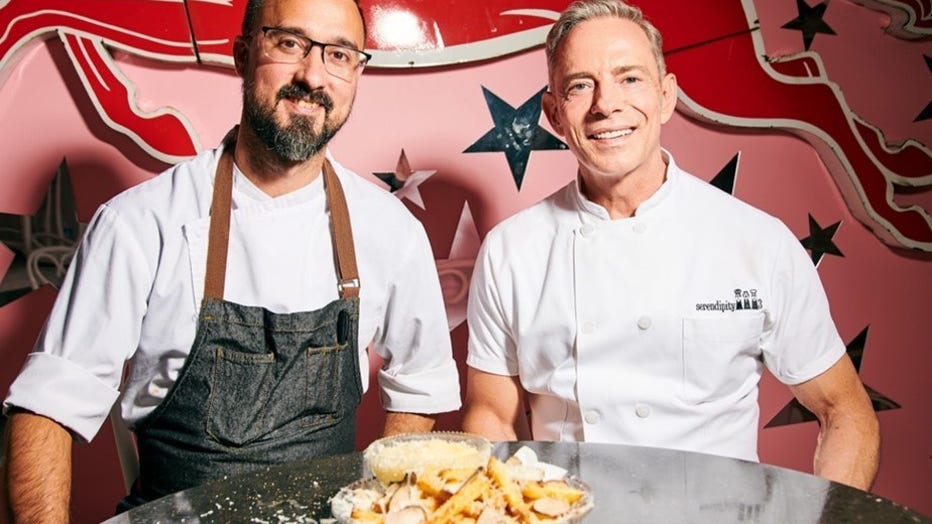 Finally, the fries are served with truffle butter, organic grass-fed cream from Jersey Cows, Gruyere Truffled Swiss Raclette that has been aged for 3 months, and, for the grand finale, sprinkled with 23k edible gold dust and served on a Baccarat crystal Arabesque Plate.

"New York City has reawakened and the world is thrilled that Serendipity3 is back and better than ever," said Creative Director of Serendipity3, Chef Joe Calderone. "We are so honored to be recognized by GUINNESS WORLD RECORDS™ for our creation of the most expensive french fries, the Creme de la Creme Pommes Frites, and look forward to creating even more over-the-top recipes in the future."