RIVER ROUGE, Mich. (FOX 2) - A man from the United Kingdom swam across the Detroit River from Canada in a wetsuit before he was arrested on the property of US Steel, authorities said.

Christopher Sagajllo has been charged in Detroit federal court with unlawful re-entry to the United States. Sagjllo admitted to swimming across the Detroit River near Zug Island in River Rouge. At some point he entered Zug Island where he changed out of his wetsuit.

Investigators found his wetsuit, gloves and several plastic bags left behind on Zug Island. He was arrested at the plant by River Rouge police and issued a misdemeanor citation for criminal trespassing.

The 56-year-old was taken by Border Patrol Agents who placed him under arrest to the Gibraltar Border Patrol Station for further processing.

Sagajllo was deported from Chicago in 2010 after overstaying his visa by seven years.

The 56-year-old was arrested on Dec. 13 after being discovered by U.S. Steel Corp. security. He told authorities that he swam across the Detroit River from Ontario, Canada, and landed at night at Zug Island in River Rouge. 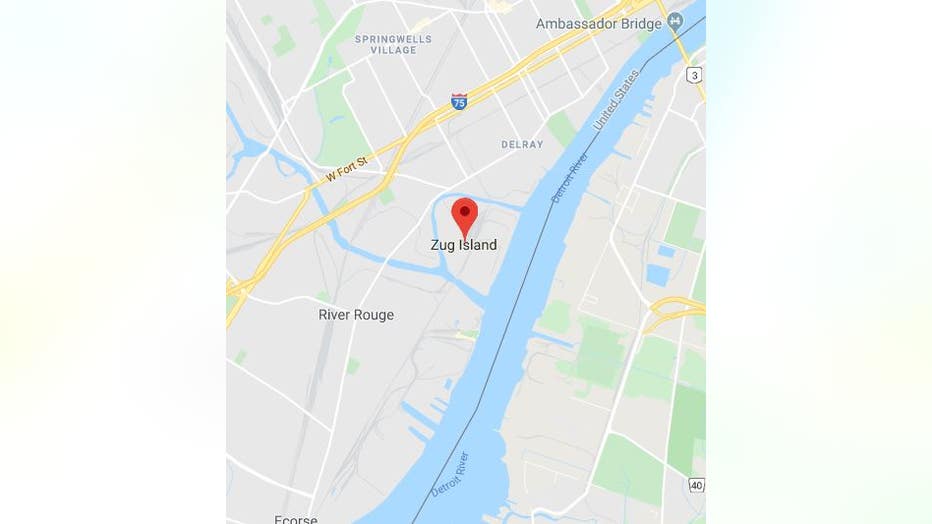