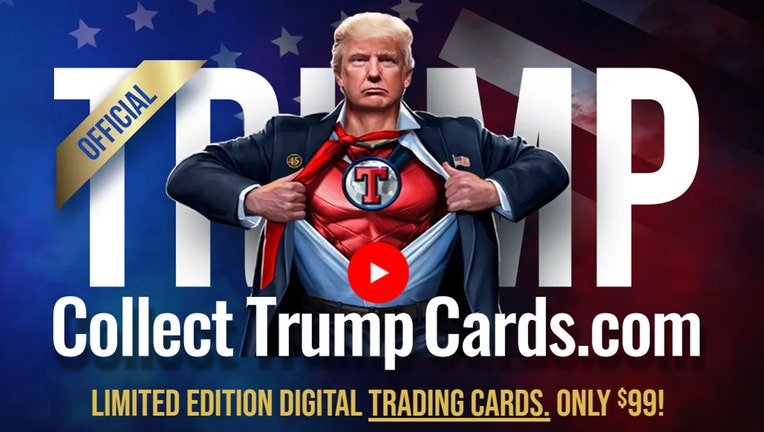 He is pricing the non-fungible token or NFT Trump cards at $99 each (plus a transaction fee).

In a post on his social media platform, Trump said they would "make a great Christmas gift."

He also described them as "very much like a baseball card but hopefully much more exciting."

There will be 45,000 digital trading cards in the "initial series."

The cards are randomly generated so a buyer will not know what card they will receive until after they buy it. 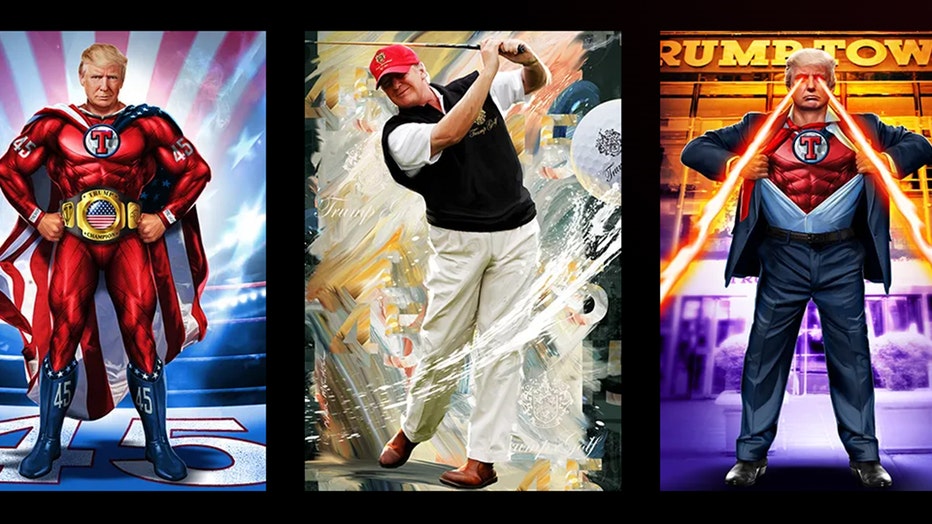 The site announced a sweepstake to win experiences like dinner with Trump or a private Zoom call to "ask the questions you've always wanted to ask."

The fine print on the website says that the trading cards can be resold but there will be a 10% royalty on the sale price due on the card.

And the site warns that all sales are final and there is no refund available. 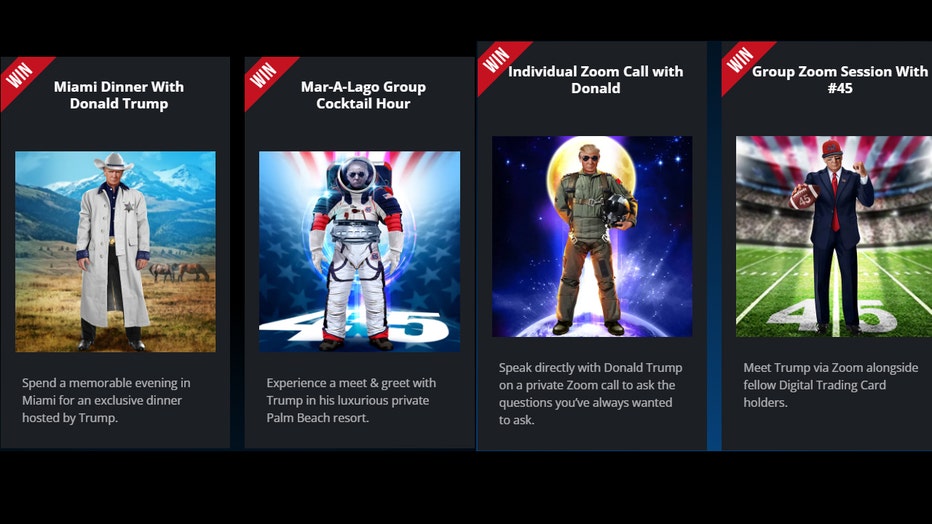 President Biden seemed to take a swipe at Donald Trump's announcement.  He tweeted:  "I had some MAJOR ANNOUNCEMENTS the last couple of weeks, too..." and then referenced inflation easing, gas prices lower, and other positive news.

Trump, who recently announced he was running for president again, has said the case against his company was part of a politically motivated "witch hunt.

Trump also faces a criminal investigation in Washington, D.C. over the top secret documents he was keeping at his Mar-a-Lago estate, as well as efforts to undo the results of the 2020 presidential election.
The response to the launch was treated with some ridicule on social media.