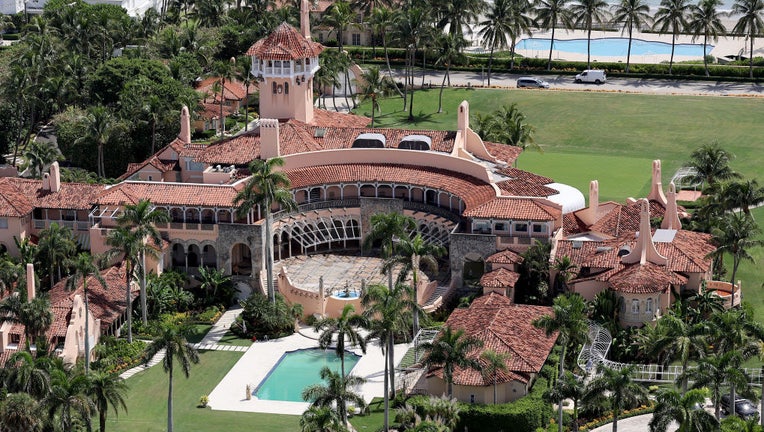 WASHINGTON - The parallel special master process spawned by the FBI search of Donald Trump’s Florida estate has slowed the Justice Department's criminal investigation and exposed simmering tensions between department prosecutors and lawyers for the former president.

As the probe into the presence of top-secret information at Mar-a-Lago continues, barbed comments in recent court filings have laid bare deep disagreements related to the special master's work — not just among lawyers but judges, too. And the filings have made clear that a process the Trump team initially asked for has not consistently played to the ex-president's advantage.

A look at where things stand:

Who is the special master and what is his role?

A federal judge in Florida appointed at the Trump team's request an independent arbiter to inspect the thousands of documents seized from Mar-a-Lago and to weed out from the investigation any that might be protected by claims of either attorney-client privilege or executive privilege.

That arbiter, formally known as a special master, is Raymond Dearie. He's a former federal prosecutor who was appointed a U.S. District judge in Brooklyn by then-President Ronald Reagan. He also has served on the Foreign Intelligence Surveillance Court.

RELATED: Trump latest: What may come next after FBI's Mar-a-Lago search

He was initially tasked by U.S. District Judge Aileen Cannon, a Trump appointee, with reviewing all of the records taken from Mar-a-Lago. But a federal appeals court shrunk the scope of his duties last week, ruling that the Justice Department did not have to share with him the roughly 100 documents with classified markings that were taken during the Aug. 8 search. That leaves for his evaluation the roughly 11,000 other, unclassified documents — which a Trump lawyer said actually total roughly 200,000 pages — recovered by the FBI.

Cannon, meanwhile, has also reined in some of Dearie's work.

What has happened since then regarding classified documents?

The past week has revealed stark divisions in how both sides envision the process playing out, as well as the precise role the special master should have.

An early hint surfaced when the Trump team resisted Dearie's request for any information to support the idea that the documents had been declassified, as Trump has repeatedly asserted. A lawyer for Trump, James Trusty, said that inquiry was "premature" and "a little beyond" what Cannon had in mind at the time she appointed the special master.

The following day, in a setback for the Trump team, the U.S. Court of Appeals for the 11th Circuit overruled an order from Cannon that had temporarily halted the Justice Department’s ability to use the seized classified documents in its probe. Besides restoring the department's access, the order also lifted Cannon’s mandate that investigators give the special master those records.

More conflict followed, this time related to the scanning and processing of non-classified government records that were seized.

Government lawyers revealed in a letter Tuesday that none of the five document-review vendors they had recommended for the job was "willing to be engaged" by the Trump team. The Justice Department said it was confident it would be able to secure the arrangements on its own while noting that it continued to expect the Trump team to pay.

But Trusty responded with his own letter Wednesday attributing the difficulty in securing a vendor to the sheer quantity of documents, which he said totaled roughly 200,000 pages — a number the Justice Department has not itself stated in court filings.

He said the department's deadlines for the production of documents was overly "aggressive" — "It would be better to base deadlines on actual data and not wistful claims by the Government," he noted at one point — and scolded the department for what he said were "antagonistic" comments.

"DOJ continues to mistake itself as having judicial authority. Its comments are not argument, but proclamations designed to steamroll judicial oversight and the Plaintiff’s constitutional rights," Trusty wrote.

What is likely to happen next?

The FBI's investigation took a major step forward when the appeals court lifted Cannon's hold on its ability to scrutinize the seized classified documents as it evaluates whether Trump or anyone else should face criminal charges.

Dearie's work as special master will continue alongside that probe, though there's little chance any action he takes at this point could substantially alter the outcome of the FBI investigation or affect major decisions that lie ahead.

But early disagreements between Cannon and Dearie over the scope of his duties also bear watching. For instance, Cannon on Thursday overturned a directive from the special master that would have required the Trump team to say whether it had any objections to a detailed FBI property inventory cataloging all of the items agents removed from the home.

That response could have been illuminating given that Trump and some of his allies have raised unsupported suggestions that the agents who searched his home may have planted evidence. If his lawyers were to affirm the inventory's accuracy, they would likely be contradicting their own client's claims while also acknowledging the presence of classified materials in the home.

The Justice Department this week made what it called minor revisions to the inventory, but said it was an otherwise full and accurate accounting of what was taken.

Yet newly disclosed correspondence showed the Trump team balking at being forced to assess the inventory's accuracy. Trusty said in a letter Sunday that the directive that it do so goes beyond what Cannon had envisioned when she appointed Dearie. Cannon herself agreed, canceling Dearie's requirement Thursday and writing that her "appointment order did not contemplate that obligation."

The Justice Department, for its part, had earlier suggested that the Trump team should not be able to avoid stating its position on the record or following other of Dearie's directives.

"The Special Master needs to know that he is reviewing all of the materials seized from Mara-Lago on August 8, 2022 — and no additional materials — before he categorizes the seized documents and adjudicates privilege claims," the department said in one filing.

The letter Tuesday ended with this tart reminder to Trump and his lawyers: "Plaintiff brought this civil, equitable proceeding. He bears the burden of proof."