TAMPA, Fla. - Tropical Storm Laura officially formed after Hurricane Hunters found 45-mph winds and a center of circulation. It's the 11th named storm of the season, and also the earliest "L" name storm on record.

On Friday morning, the center of the storm was found 80 miles south of where it was originally estimated, causing its track to shift south and west of Florida as of the 11 a.m. update.

Most of Tampa Bay is now out of the cone, but the National Hurricane Center says the long-range track is uncertain since Laura still has to move either near or over portions of hte Greater Antilles through Monday. 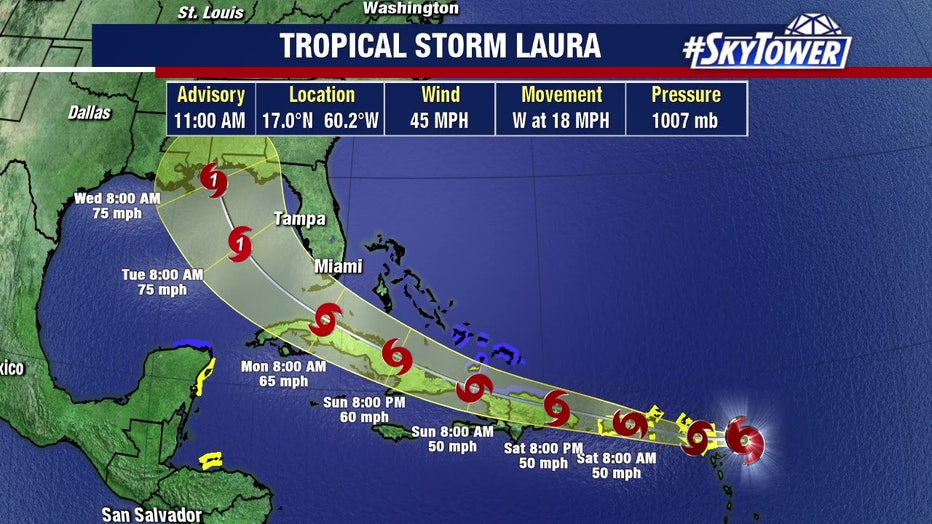 RELATED: Could there be two hurricanes in the Gulf? If so, it would be a first

On Friday morning, it was centered about 255 miles (415 kilometers) east of the northern Leeward Islands and was heading west-northwest at 21 mph (33 kph). It had maximum sustained winds of 35 mph (55 kph).

It's expected to cross portions of the Leeward Islands, the Virgin Islands and Puerto Rico through Saturday.