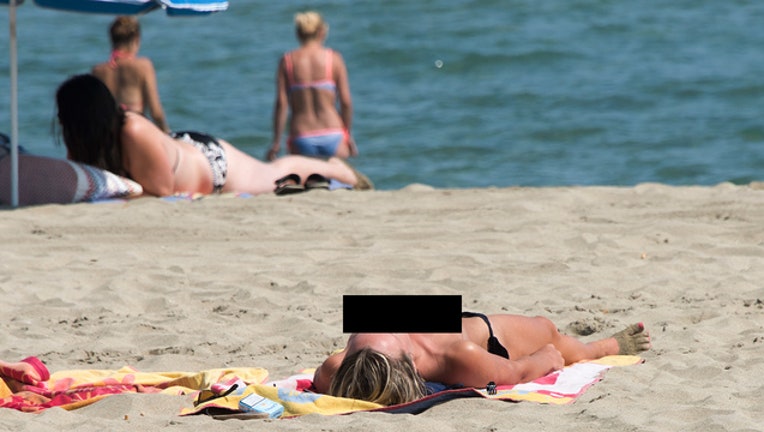 A woman sunbathing topless on a beach in Canet-en-Roussillon, France. (Corbis via Getty Images)

NEW YORK (FOXNEWS.COM) - Sun worshippers in France don't dare to bare like they used to, according to one new study of 5,000 women.

Topless sunbathing is increasingly out of vogue for French women, the report claims, with respondents citing skin cancer concerns and safety in a #MeToo world as their impetus for keeping their bikini tops tied.

The French Institute for Public Opinion's findings reveal that only 19% of women under 50 polled said they regularly tan topless. That is a drop from 28% in 2009 and way down from 43% in 1984.

"Our study confirms that the practice of wearing a monokini (the bottom half of a bikini) has plummeted in France," Ifop's François Kraus reportedly said.

Kraus said the decline is partly due to the health risks of the sun. But he added that the majority woman under 25 cited the fear of leering eyes and being the object of a verbal, physical or sexual attack.