It probably makes sense when a six-time Super Bowl champion, and a quarterback to boot, enters free agency that his every move overshadows the rest of the available players.

It does get nonsensical, of course, when Tom Brady saying he's headed on a family vacation draws headlines and massive social media reaction. Hey, folks, virtually every NFL player goes on holiday in the offseason. You can bet a few of the other free agents in this crop are doing so right now.

Naturally, Brady's situation is the most intriguing of them all. Perhaps even more so than Peyton Manning's when he became free from the Colts in 2013.

The bond between Brady and New England Patriots owner Robert Kraft has been strong. Remember that Kraft defended his QB and basically opposed all his fellow owners during the deflated footballs saga that followed the 2014 AFC title game. Minus a salary cap, Kraft would favor paying any number Brady mentioned. Even with the cap, New England has almost $44 million of room. 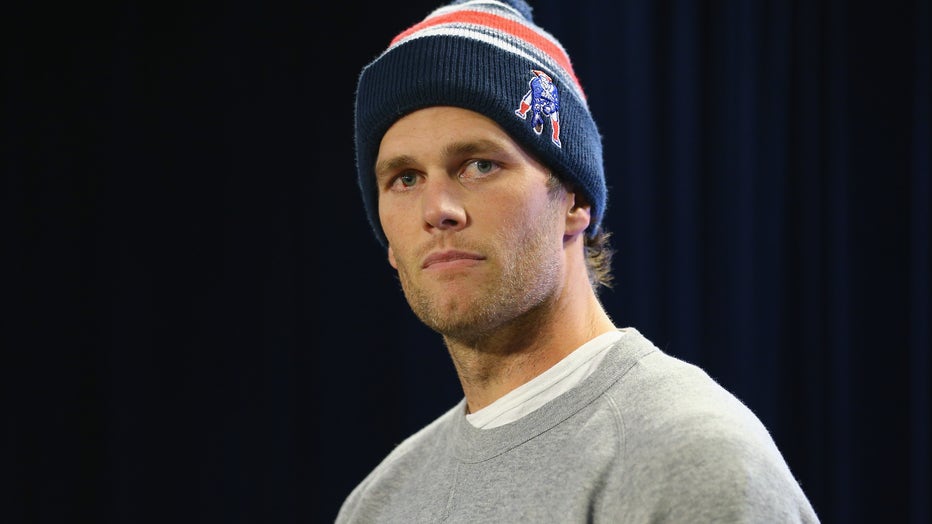 New England Patriots Quarterback Tom Brady talks to the media during a press conference to address the under inflation of footballs used in the AFC championship game at Gillette Stadium on January 22, 2015 in Foxboro, Massachusetts.

Brady's loyalty to his coach seems to have come into question, not just since New England's season ended in the wild-card round, but in previous years. So maybe moving on — and proving that he has been the main catalyst in the Patriots' championship run — is very enticing to Brady.

Also consider the finances if the Patriots don't sign him before free agency begins March 18. There's the possibility the team would need to pay a substantial “penalty,” under collective bargaining rules, that would cut deeply into its salary cap room. Should Brady command a $30 million salary for 2020 in a new contract, plus that penalty money, the cap hit would be humongous.

As for landing spots should the most successful quarterback of our time — and pretty much league history — walk away from Foxborough, there are plenty. Yep, even for a QB who will turn 43 in August; more teams have been speculated in the competition, should it exist, than not involved.

There even are the wild projections of San Francisco as the 49ers get turned off of Jimmy Garoppolo — who led them to the Super Bowl last season — or the Texans, who have Deshaun Watson; Brady does had a history of winning with Houston coach Bill O'Brien.

Meanwhile, a bevy of other standouts are on the market, not to mention a load of quarterbacks with plenty of starting experience (and some success).

The QB market features Philip Rivers, Jameis Winston, Andy Dalton, Teddy Bridgewater, Dak Prescott, Ryan Tannehill and Marcus Mariota. Many of their moves could depend on where Brady winds up. There already are betting odds available not only on where Brady plays in 2020 but which quarterback would land in New England if Brady leaves.

Meanwhile, the QB carousel is obscuring the horizon. If you can look beyond the passers, there are some playmakers who could have a major impact wherever they go.

Seattle edge rusher Jadeveon Clowney has to whet appetites in cities where a sackmaster is a desperate need. Clowney, who was dealt from Houston to Seattle last year and played well when healthy for the Seahawks, hardly is the only disrupter on defense who is available. Chris Jones helped the Chiefs win the Super Bowl. Tampa Bay's Shaq Barrett is a tackling machine. Jacksonville's Yannick Ngakoue is a consistent pass rush threat who also can play the run. Justin Simmons and Byron Jones are more than reliable defensive backs.

The upcoming draft is so deep in receivers that free agents at that position such as Amari Cooper and Emmanuel Sanders might not find the price they seek. But running back isn't nearly as loaded for the draft, and with his performance last season — particularly in leading the Titans to the AFC title game — Derrick Henry should be at the top of many lists if Tennessee doesn't franchise him.

Not that anyone would know about it with every Brady rumor getting massive social media and air play.