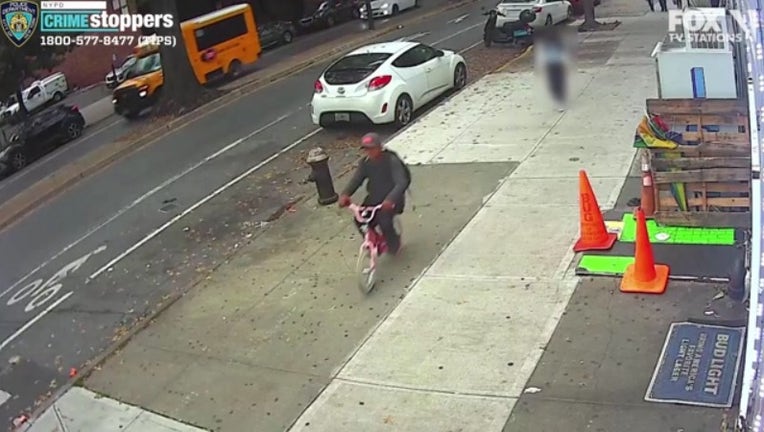 NEW YORK - A male on a small pink bike with butterflies on it robbed a young girl on her way to school in Queens.

The NYPD says it happened on 34th Ave. in North Corona at about 8 a.m. on Wednesday.

The 10-year-old girl was walking on the sidewalk when the thug approached her on the bicycle and yanged her phone from her hand before riding off on the bike.

The little girl's hand was slightly injured in the robbery.  She was treated by her school nurse.

The NYPD released a video of the attacker on the bike and in a bodega buying snacks in hopes that someone would recognize him and tip them off.